On behalf of the whole team behind Wickham Festival 2019, we would like to thank and show our appreciation for all the artists that appeared over the weekend of Thursday 1st to Sunday 4th August 2019.

We’ve added several videos we found on YouTube to our video page. Thank you to everyone for posting your videos! This year we also produced a video of our own.

We again had some great reviews for 2019. Please let us know via our social channels if you know of other articles or wrote a blog post that you’d like us to share.

Below is the comedy line up we had for Wickham Festival 2019. 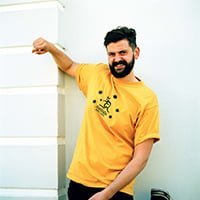 Fin Taylor has made a name for himself as one of the most talked about comedians working in the UK. His successive Edinburgh shows “Whitey McWhiteface” and “Lefty Tighty Righty Loosey” were 5 star sell-out runs, and cemented his reputation as a fiercely funny and uncompromising social commentator. He went on to appear on Comedy Central’s ‘Roast Battle’ and ‘Live From the Comedy Store’. 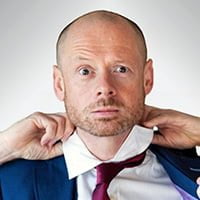 Alistair Barrie is one of the top headliners on the international comedy circuit. He has performed in over 40 countries including acclaimed performances in Australia, Cape Town, Mumbai and the legendary Comedy Cellar in New York. He is a regular at London’s world-famous Comedy Store and a core member of their weekly topical ‘Cutting Edge’ team. 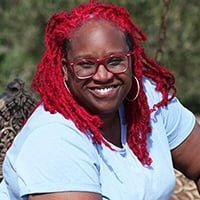 Ninia is one of the UK’s hottest female comedians, with a wealth of television, stage and live stand-up experience. She makes frequent appearances at the Edinburgh Festival, and is often seen on our TV screens.

Ninia’s TV breakthrough came as one third of BBC3’s Three Non-Blondes, which later transferred to BBC2 and BBC America before going to a second series, shown internationally. From this, her talents have been showcased across all the major UK channels in a variety of roles, as a presenter, studio guest, actress and reality TV star. 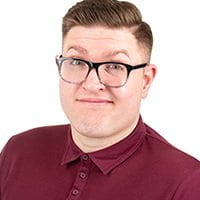 Mike has been performing comedy since 2011 and quickly made his mark on the comedy scene with his sharp witted observational style which saw him crowned South Coast Comedian of the Year in 2014 as well as making the final of the prestigious Amused Moose Laugh Off in 2016.

“Like an Everyman, if that Everyman had delicious cynicism and razor sharp wit.”
– Romesh Ranganathan

“Mike has the sharpness of any highbrow comic, but with the wealth of material to appeal to the Everyman with ease. A refreshing and hilarious act to watch and work with.”
– Dane Baptiste

“Mike’s set was packed with relatable observational content that the audience enjoyed from start to finish. The delivery was spot on.”
– The Stand, Newcastle 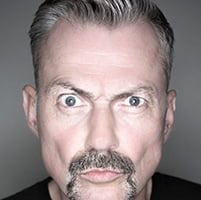 Ben is a highly experienced and hugely well-respected stand-up. He’s been performing comedy since 1993 and is renowned for his incredibly relaxed stage persona and his innate ability to improvise as well as deliver sharply crafted material. Ben’s TV credits include: “Mock the week” (BBC 1), “The Comedy Store” (Paramount and Comedy Central), “Never mind the Buzzcocks” (BBC 2), “They think it’s all over” (BBC 2). 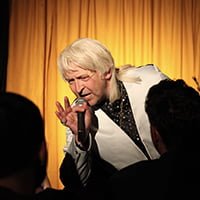 Clinton Baptiste is the hapless, clumsily inaccurate and occasionally brutal clairvoyant medium and psychic created by the comedy actor Alex Lowe for Peter Kay’s smash hit Channel 4 sitcom Phoenix Nights back in 2001. Now, some eighteen years after the show aired, Clinton returns to conjure up his extraordinary powers for a new generation.

JAMES ALDERSON (MC for all nights) 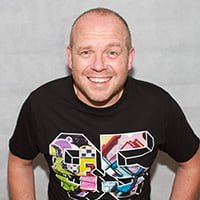 James has an effervescent and exuberant style. He draws on his life experiences as a man to feed his routines. He’s been described by many as an ‘everyman comedian’. Women laugh at his hilarious observations and self-depricating style, and men laugh with him, feeling his pain and his frustrations….you rarely know where James will go with his comedic tales and punchlines, but he always takes the crowd with him, laughing all the way….

“James sets the room alight like a pyromaniac in a fireworks shop!”
Russell Kane

For our early arrivals, we arranged an extra free concert on Wednesday night at the nearby Wickham Community Centre.