Please note this page has not been updated for 2022.  Watch this space!

We’re delighted to say that our Late Night Comedy is returning to Wickham Festival this summer from Thursday night through to Saturday night. This Late Night Comedy is in the Quay West Cave tent from 23.30 after music on the main stages finishes at 23.00. There’s also late-night storytelling and other entertainment until the arena closes at 01.00. 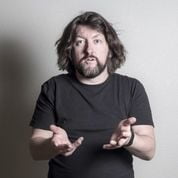 Having appeared on BBC’s Michael Mcintyre Comedy Roadshow as well as adapting his own comedy documentary for RTE, Money, Money, Money: Keith Farnan versus the Economy, Keith has just topped an outstanding eighteen months by appearing at the Montreal Just For Laughs All Access show for the Canadian Comedy Network and Hollands highest rating comedy show, The Comedy Factory.

“If Eddie Izzard had been Irish, he’d surely have turned out a lot like Keith Farnan”
★★★★★ The Scotsman 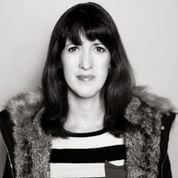 Sally-Anne is an award-winning comedian (Best UK Compere 2019 and Holsten Pils ‘Fans of Comedy’ award) and a sought-after corporate performer (with clients including Virgin Media and Alcatel). She is also a regular compere at Glastonbury Festival. She has proven her writing talents with numerous Edinburgh Fringe shows and can display a depth of material that marks out the best comic talent. She has performed all over the world and has provided tour support for Sarah Millican, Russell Howard, Russell Kane, Hal Cruttenden and Suzi Ruffell.

“Her all-girl school has taught her well – not necessarily educationally, but in the art of bitching.”
Chortle 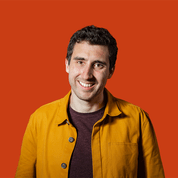 Steve Bugeja is one of the circuit’s most exciting comedians. Steve hosted the BBC Radio 4 series Economics with Subtitles and has made numerous appearances on TV shows including The Russell Howard Hour (Sky One), Love Island: Aftersun (ITV2), Russell Howard’s Stand Up Central (Comedy Central) and Zoe Ball on Saturday (ITV1). 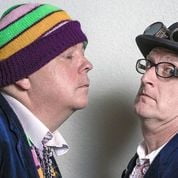 A comedy twosome with over two decades of mucking about behind them, they have been everywhere from New Zealand to The Falklands and Exeter to Edinburgh with many a stop in between. In late 2019 they won the UK Comedy Awards, Comedian of the Year award! They’ve played the lowliest pub back room to the London Palladium and had a month in Edinburgh courtesy of the quite fabulous Brett Vincent at Get Comedy with a resulting 5 star review from The Scotsman! 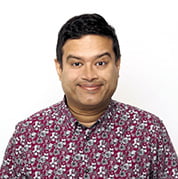 Comedian Paul Sinha was born in the UK to Bengali parents and the family medical dynasty. Whilst studying medicine in the 1990s, Paul took his first steps on the stand-up comedy circuit. He pursued both careers and at the 2006 Edinburgh Festival Fringe earned a nomination for the highest accolade in live comedy, the Edinburgh Comedy Award. Shortly after his nomination, Paul hung up his stethoscope to become a full-time comedian.

Paul is a familiar voice on radio with appearances on Radio 4’s Just A Minute and The News Quiz and on BBC Radio 5 Live’s Fighting Talk. His own Radio 4 series ‘Paul Sinha’s History Revision’ won the Rose d’Or for radio comedy in 2016. He’s also appeared on television on BBC’s QI and Would I Lie to You? and as a competitor on Taskmaster.

A lifetime of curiosity and learning informs Paul’s comedy but now also ranks him as one of the UK’s finest quizzers. This has led to yet another concurrent career, this time as a general knowledge expert on the much-loved ITV quiz show, The Chase.

“One of our most thoughtful and enjoyable comedians”
Times

“This is what a good stand-up should be. Hilariously funny, passionate and articulate.”
Chortle 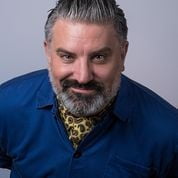 Rich Wilson got into comedy after working as a barman at the Up The Creek club in Greenwich, South London. Inspired by the comedians he saw, he gave it a go himself in 2004, and has since become a circuit regular. He is one of the countries finest comedians and popularly regarded as the UK’s best MC’s by many top comedians, such as Frank Skinner, Richard Herring and Sarah Millican. Rich has been “winning over audiences in seconds” at all the major UK comedy clubs (Just the Tonic, The Comedy Store, The Comedy Cafe, Big Night Out), has entertained audiences in New York, Las Vegas and for 5 years was part of the CSE, Entertaining for the troops in the Middle East. 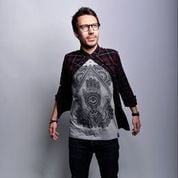 2020 was set to be an exciting year for Tom as he was filming his first ever Standup Special. The show ‘Rapture’ was performed at the 2019 New Zealand comedy festival and was picked up to make after its success.

Tom sometimes can’t believe that this will be his 14th year performing stand-up around the UK and world. He’s loved every minute because his versatile and charming persona have led him to be a part of so many incredible things in the presenting world.

He has been performing live stand-up for the last 14 years – with four Edinburgh solo shows under his belt – and has been the host of his own TV, radio and online shows on BBC2, BBC Radio1, The Capital FM breakfast show, plus host of Gfinity Esports shows and YouTube football channel Copa90 – where his Eurofan escapades have notched up over 8 million views.

“A mighty fine comic”
The Guardian

“With looks, confidence, charm and great material; expect other comics to lynch him”
The Sunday Times