We welcome back Alistair Russell as one of our comperes for Wickham Festival 2021.

Singing and playing folk music since his teens, and over thirty years a professional musician and sound engineer, Alistair sings songs mainly from his family homeland Scotland, its neighbour Ireland, self-penned songs inspired by his world-wide travelling with Battlefield Band, and any other song that takes his fancy.

Alistair grew up in the North-East of England, with Scottish parents who had a rich fund of songs of their own—music hall favourites, Harry Lauder songs, sentimental ballads and stage Irish songs which his father brought back from working on contract.

The sixties’ beat boom saw Alistair and a few like-minded school friends exploring folk music. By the late seventies, his band was playing extensively throughout NE England, with frequent forays into Germany and Poland. In 1978, he teamed up full-time with Tom Napper, and they released their first album, “Tripping Upstairs”. The next four years saw Tom take his leave, and Alistair set out on a solo career. His album “Getting to the Border” (with a star-studded guest musician list) was released.

Then came that rare thing in the world of folk music—the “big break”. Alistair joined Scotland’s legendary Battlefield Band. The next thirteen years were a whirlwind of touring—one million miles of it!

Nine Battlefield albums and two videos later, Alistair jumped off the global tour bus to “recharge the batteries”. His spell in Battlefield had not only developed his playing, singing and songwriting skills, but his role as “front man” in the band had honed the skill of relaxed communication which is so vital to putting the music across.

Alistair Russell has recently written a book! It’s a light-hearted look at life on the road as a travelling musician & sound engineer. It’s received rave reviews from the critics and copies can be ordered online here: 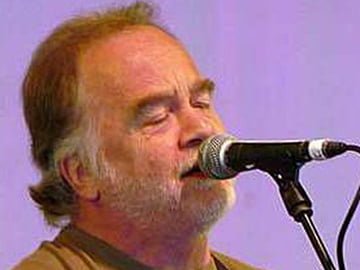