We’re very excited to welcome Ralph McTell, one of the great storytellers, to Wickham on Sunday 4th August 2019.  He is now celebrating more than 50 years on the road. Known for his virtuoso guitar style, he is primarily a prolific and gifted songwriter. With a style that invites you into a unique world, he weaves a narrative that is both significant and poignant. Ralph made his debut in 1968 with the album ‘Eight Frames a Second’.

McTell is best known for his song “Streets of London”, which has been covered by over two hundred artists around the world, and for his tale of Irish emigration, “From Clare to Here”.  The 1974 the release of Streets of London earned him an Ivor Novello Award.

In the 1980s he wrote and played songs for two TV children’s programmes, Alphabet Zoo, which also featured Nerys Hughes, followed by Tickle on the Tum, featuring Jaqui Reddin. Albums were also released from both series. He also recorded Keith Hopwood’s and Malcolm Rowe’s theme song to Cosgrove Hall’s adaptation of The Wind in the Willows, and this was released as a single in 1984 after the series was aired on ITV.

McTell’s guitar playing has been modeled on the style of the US’s country blues guitar players of the early 20th century, including Blind Blake, Robert Johnson and Blind Willie McTell. These influences led a friend to suggest that he change his professional name to McTell as his career was beginning to take shape.

McTell is also an accomplished performer on piano and harmonica, which he uses on a harness. In 2002 he was presented with the prestigious Lifetime Achievement Award at the BBC Radio 2 Folk Awards. 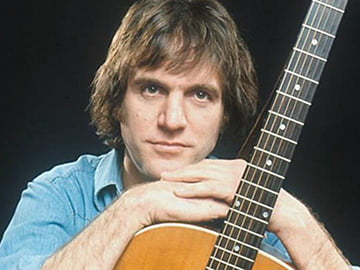