Lindisfarne emerged from Tyneside in the 1970s and quickly carved out a unique place for themselves as one of British rock’s most original bands. Their pioneering sound, combining acoustic instruments like mandolin and fiddle with their electric blues roots, proved the perfect medium to deliver the catchy, memorable songs provided by the band’s resident writers Alan Hull and Rod Clements. Their first hit, the Clements-penned Meet Me On The Corner, paved the way for their classic Fog On The Tyne to become the UK’s top-selling album of 1972.

Lindisfarne ’s unforgettable songs, powerful live performances and unpretentious style led to worldwide success and an enviable reputation as festival favourites, and the annual Christmas concerts they presented in their native Newcastle became the stuff of legend.

The original band finally called it a day in 2003, but now Lindisfarne are back with a classic five-piece line up of long-time members fronted by original founder-member Rod Clements (vocals, mandolin, fiddle, slide guitar) and Alan Hull’s son-in-law Dave Hull-Denholm (vocals, guitars). With a repertoire of much-loved songs like Meet Me On The Corner, Fog On The Tyne, Lady Eleanor and Run For Home and a reputation for live performance second to none, LINDISFARNE’s power to galvanise festival and concert audiences remains undimmed and is guaranteed to get the crowd on its feet and singing along. 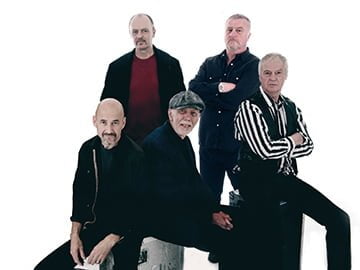