Pioneered by former members of Big Audio Dynamite (and, by inheritance, carrying forward the heart and soul of The Clash) Dreadzone’s two decade plus career has been championed by the late John Peel, signed to the legendary Creation Records and Virgin before finally securing their independence by founding their own aforementioned Dubwiser record label. Since their inception in 1993 Dreadzone have steadily been releasing underground storms of albums, progressively bettering, refining and perfecting their own unique and inimitable take on dub – mixed as it is with aspects of dance, sublime guitar riffs, folk roots sentiments and breakbeat bass styles – whilst bringing the party to every club, dancehall and field they’ve shown up at. Always blowing audiences away and steadily earning for themselves the best possible reputation as a live act in the process.

In 2018, Dreadzone moved forward as a 5 piece, after parting ways with their guitarist after 10 years, and are focusing more on the electronic and dub elements of their stage show – a sound they developed in earlier years of Dreadzone. Their old skool dread sound comes bubbling to the surface on new album ‘Dread Times’ which digs deep into their dub and reggae roots whilst still keeping the beats fresh and the textures electronic.

Dread Times is the band’s 8th studio album and the 3rd release on their own Dubwiser label. The album stormed into the Top 40 UK Official Album Charts on release in 2017 – the first time the band have charted in over 20 years. The album also made the Top 10 in the Indie and Dance Charts. 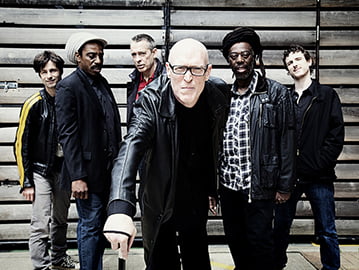