Was fantastic moment for us yesterday to start our #Territoires International virtual tour for a very first livestream from Centre Culturel Desjardins in Joliette, Québec. Fantastic to connect with dear folks from New Cumberland PA and Baltimore MD. To feel you were all there - over the cameras - were bringing us plenty of good vibes. Thanks for your support and your amazing comments. Thanks SFMS & Creative Alliance More livestream concert announcments coming soon ... See MoreSee Less

Thank you so much for the wonderful show. It’s been way too many years since we’ve seen you in person. ❤️

So good to see and hear you all “in person” ! Thank you!!

Thank you all for a great concert!

Merci beaucoup! It was a wonderful evening. Looking forward to the Yoop event on the 26th.

Loved it! Thank you.

It was a wonderful concert! 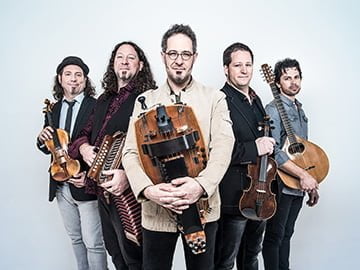