The Alistair Goodwin Band will be performing on Sunday 7th August.  The band members are as follows:

Hard-driven freak-folk steeped in psychedelia, country-punk and urban blues – you won’t know what to call it but you’ll want to keep hearing it.
Alistair’s raw vocal-guitar sound is taken to new dimensions by an actual wizard, whose soul-tripping electric cello sweeps you from rock to flamenco via trance and whale song.

Add percussion, grunge bass and some Nigels, and the result is a musical oddity of strange and rare beauty.

To illustrate the diversity, the audio embed below is the full Alistair Goodwin Band whilst the video at the bottom is from a solo performance.

Since first picking up a guitar at the age of three the instrument has held a lifelong fascination for Alistair. His love of acoustic music has led him to play with an extremely wide range of musicians from street performers to the classically trained.

“Powerful vocals and mastery of the guitar make this guy a must see.”

“A unique and wholly original talent and after having seen him play live on a number of occasions, including a session on the programme, I’m very happy to confirm that.”

“If you’re a fan of acoustic music that’s firmly rooted in the Troubadour tradition then you’ll enjoy Alistair’s music.”

Described as gutsy driven acoustic roots, Alistair’s live performances blend melody, rhythm and vocal talent into a heartfelt and heady brew. Recent performances include radio exposure on the South Coast’s Spirit FM, live interviews and performances on the BBC’s Radio Solent and for Portsmouth and Southampton Television. His frequent live performances at venues across London and the south coast of England continue to build an impressively awed and loyal following in his musical wake. 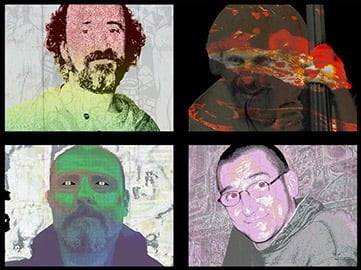