In the heady days of the early Nineties, it was hard to find a band with a better live reputation than The Newcranes. Energetic and inspiring, their intoxicating mix of Slavonic-tinged thrash-folk-punk thrilled audiences across Europe and fans still speak of incendiary shows and no-compromise recordings. Tasting chart success as label mates with The Levellers, supporting Bob Dylan, tours with Saw Doctors, Stiff Little Fingers and The Mission. Headlining Camden Palace with Skunk Anansie supporting them and then… silence. For years, the legend has grown, the stories have spread, and the clamour for a comeback has grown. Finally, after 25 years, a new chapter has begun. 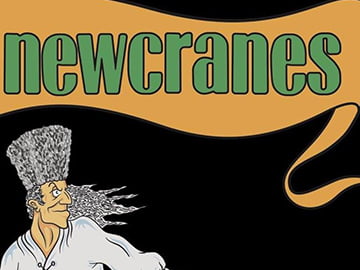 The New Cranes appeared in 2019