Steve Knightley (born 1954) is an English singer, songwriter and acoustic musician. Since 1992 he has been one half of possibly the UK’s most successful Folk/Roots duos – Show of Hands. His partner Phil Beer is widely regarded as one of the world’s finest acoustic multi-instrumentalists.

A constant throughout Knightley’s work is his ability to root his songs in geographical place, notably the West Country where he still lives. His gift for talking to people, listening to them and distilling the encounter into song is evident throughout his work; a talent that was highlighted in the Carlton TV documentary Stairway to Devon (2000) for which he toured the county talking to local craftsmen and performed a song inspired by those meetings at the end.

Informed by a love of folk ballads, Knightley writes historically accurate songs that resonate with contemporary meaning. He has an extraordinary ability to conflate time and space to bring history vividly, smack bang into the present. It’s an ability that fuels his reputation as an ‘issues’ writer. The seminal Country Life (the title track of Show of Hands’ 2003 album), earned him the moniker ‘The gravel voiced spokesman of the rural poor’ and a nomination for best song at the 2004 BBC Radio 2 Folk Awards. 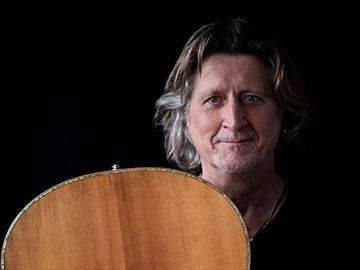