State of the Union

The original songs Hewerdine and Williams play are infused by a multitude of influences, from Willie Nelson to Johnny Cash, from the wide open Fenlands to the frenetic buzz of the city. Their recordings are made quickly, in most instances first take, live in the studio, but the sound this amazing acoustic duo capture is rich and expertly executed.

Boo is perhaps best known from his years fronting much loved English rock band The Bible but he has since enjoyed a solo career spanning over two decades and written thousands of published songs including those for Eddi Reader, Sia, Chris Difford, Kris Drever and KD Lang. His most recent album “Swimming In Mercury” is due out in February 2017 on Reveal Records.

Brooks Williams got his start in the clubs and bars in Boston USA (the same music scene that years earlier sparked the careers of Bonnie Raitt and Chris Smither) and from there he has toured in ever-widening circles for nearly three decades. In 2013 Williams was nominated best male vocalist by the UK’s foremost roots-music mavens, Spiral Earth. AmericanaUK says, “he has a beautiful voice that you just melt into.” He’s also ranked in the Top 100 Acoustic Guitarists. Over the years he has picked alongside Taj Mahal, John Hammond, Paul Jones, Little Feat, Maria Muldaur, Shawn Colvin and Leo Kottke, to name but a few. 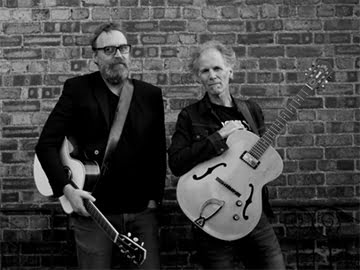 State of the Union appeared in 2019