Martin Carthy MBE is one of English folk music’s most influential singer/songwriters inspiring the likes of Bob Dylan and Paul Simon as well as Richard Thompson. As well as the acoustic and electric guitars, he also plays the banjo, mandolin and dulcimer, performing traditional songs in his own unique and distinctive style. Twice a winner of the BBC Radio Folk awards Folk singer of the Year, Martin won their Lifetime Achievement award in 2014. 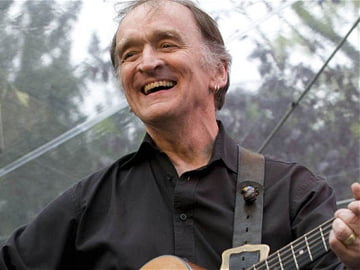