Gordon Haskell has been a musician and singer/songwriter for 50 years. He was born in a nursing home near Bournemouth, Dorset UK on 27 April 1946. His young mother had been widowed in 1943 when her husband Wing Commander Walter Ralph Haskell was shot down, leaving her with two small children. His father Harry Hionides was an American/Greek pilot in the US Air force, who swept her off her feet at a local dance – where, very aptly, a jazz trio were playing. Gordon would not discover that Harry Hionides was his father until he was a teenager.

At a very young age Gordon was naturally drawn to music; he would play the family piano and pick out tunes on his sister’s boyfriend’s acoustic guitar. During his last years at Wimborne Grammar School, his class mate Robert Fripp introduced him to the bass guitar and the two friends played together in The Ravens and the first incarnation of The League of Gentlemen. 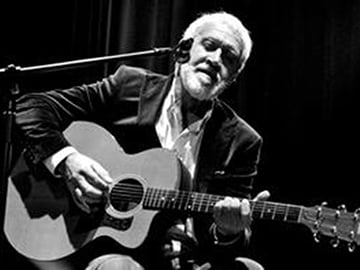