Nick Parker was 13 when he first picked up a guitar and tried to string together a few chords. By 14 he had put down the guitar and picked up the mandolin. Not least of all because he wanted to be in his brother, Ant’s band and they needed a mandolin player. The first few gigs came and went, under the name ‘The Mandolin Brothers’ (genius name) before they changed their name to ‘Why?’ (equally genius name) and they spent the next 10 years bouncing around on stages at hundreds of venues around the UK and Europe, reeling out their folk/rock/skiffle (latterly known as friffle) sillyness to sweaty teens and twentysomethings. In February 1998 Nick finally put down his eight string and picked up a six (mainly because his fingers had gotten too fat for the intricacies of a mandolin) and along with guitarist Mark Stidson started guitar band ‘Tobermory’.

After various false starts, a few flirtations with industry ‘big’ boys and a few mini tours to Germany (including one where they went all the way to the east for a three gig weekend, two of which were cancelled) Tobermory played their last gig in 2004. ‘The Gadabout Crowd’ was next on Nick’s ‘to do’ list, which was more of a folky/rocky affair. The crowd dispersed after only a few months of gatherment and Nick decided to go it alone. Now under the name of ‘Nick Parker’ (again quite clever), Nick has recorded his first solo album. Produced and engineered by former band mate Luke Stidson (now at the helm of Twin Falls) the 12 track album ‘The King of False Alarms’ was recorded on location in a quiet cottage in North Devon during the terribly sunny June of 2010. 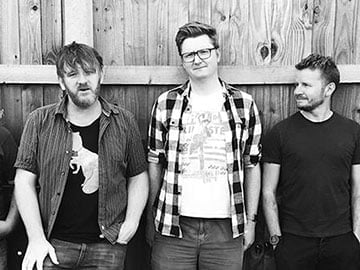