We’ve a real treat in store to wrap up our 2019 festival as The Kiefer Sutherland Band take to the stage on Sunday 4th August 2019.  Kiefer Sutherland is an actor, producer, director, and now a successful singer-songwriter. He is known for his role as Jack Bauer in the drama series 24, for which he won an Emmy Award, a Golden Globe Award, two Screen Actors Guild Awards, and two Satellite Awards. He is the son of actor Donald Sutherland and the father of actress Sarah Sutherland.

He has also starred as Martin Bohm in the Fox drama Touch, and provided the facial motion capture and English voices for Big Boss and Venom Snake in the video games Metal Gear Solid V: Ground Zeroes and Metal Gear Solid V: The Phantom Pain. Currently, he stars as President Tom Kirkman in the political drama series Designated Survivor.

In 2002 Sutherland and his good friend Jude Cole launched a small record label called Ironworks to record and distribute music by local musicians. Sutherland eventually moved on, but something about being around young, hungry bands lingered, and by 2015, he was playing his own compositions to Cole. Sutherland’s thought had been to record the songs as demos for other artists to use. Cole, however, thought Sutherland ought to keep them for himself. They wrote some songs together, and eventually there were enough for an album. This was the start of a successful career in music.

Sutherland’s career as a touring and recording artist has catapulted him globally as a respected guitarist and vocalist. A riveting performer, Kiefer engages audiences with his self-deprecating wit and shares the stories behind his highly personal songs that populate his 2016 debut album Down In A Hole, and his forthcoming new release Reckless & Me, including his new single “This is How It’s Done.”

During his lengthy shows, he covers some of his favorite songs from Merle Haggard and Tom Petty. Displaying equal ease with both rock classics and country standards. 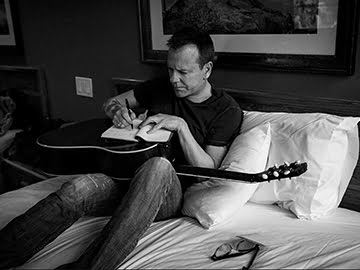 The Kiefer Sutherland Band appeared in 2019