Gnoss are a dynamic four-piece of fiddle, flute, guitar and percussion, that tackle energetic tune sets and driving folk song with a ‘maturity of ability many of a greater age will envy’ (Living Tradition).

Current and former students at the Royal Conservatoire of Scotland, Graham Rorie (Fiddle & Mandolin), Aidan Moodie (Guitar & Vocals), Connor Sinclair (Flute, Whistles & Backing Vocals) and Craig Baxter (Bodhran & Stomp) have been tipped as ‘ones to watch’ by Songlines magazine for their lively, engaging and honest performances.

Only a week to go until Graham's Celtic Connections show: 'The Orcadians Of Hudson's Bay'! A performance of entirely original material inspired by Orkney's unique tie to the Canadian trading firm, brought to you by an all-star band featuring the mighty Le Vent du Nord!

'The Orcadians of Hudson's Bay' and Assynt

Wish we could be there. Any chance you’re going to bring it to Orkney?

For goodness sake - somebody record it!!!!!

When one show in Europe

Saturday! What a day.
Whether it was part of Coastal Connections or later at The Festival Club, a huge thank-you to everyone that came to see us play our first shows of the decade.

Really enjoyed the day and looking forward to more from Gnoss. So much talent xx

Busy rehearsing this week for our two Celtic Connections shows which we’ve just learned are BOTH sold out! Couldn’t be more excited to share our first gigs of the decade with you all.

Catch us this Saturday as part of Coastal Connections Day in The Glasgow Royal Concert Hall, then on Friday 31st in The Tron Theatre for our headline show! Gnoss & Barry, Folan and McGowan // Celtic Connections 2020

The Coastal Connections set was a blast, in every way! Thanks guys! 😊🏴󠁧󠁢󠁳󠁣󠁴󠁿🎶❤️

Have the best time! wishing I could be there.. xx

Well done guys, all the best 😊

See you on Saturday. 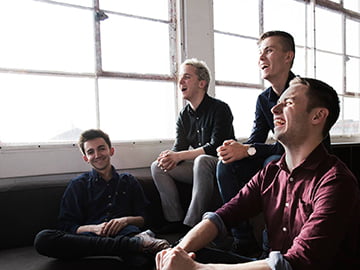