Ross and Ali met at the Vale of Atholl pipe band when they were 12 years old. The boys were guided by one of the most influential pipers in the last 30 years Gordon Duncan. Gordon instilled a great passion in the guys for playing pipes with other instruments and they have gone on to play in many leading Scottish bands including Treacherous Orchestra, Old Blind Dogs, Salsa Celtica, Dougie Maclean, Shooglenifty, Capercaillie. After all the years playing in different bands and line ups the guys decided to concentrate on music together. 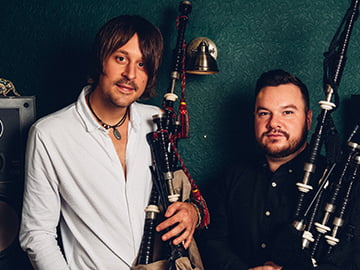