Legendary artist Graham Nash is a two-time Rock and Roll Hall of Fame inductee – with Crosby, Stills, and Nash and with the Hollies. He was also inducted twice into the Songwriter’s Hall of Fame, as a solo artist and with CSN, and he is a GRAMMY Award winner.

Towering above virtually everything that Graham Nash has accomplished in his long and multi-faceted career, stands the litany of songs that he has written and introduced to the soundtrack of the past half-century. His remarkable body of work began with his contributions to the Hollies opus from 1964 to ’68, including “Stop Stop Stop,” “On A Carousel,” and “Carrie Anne”.

It continues all the way to This Path Tonight (2016), his most recent solo album. Fifteen of his songs are celebrated in the 2018 release, Over the Years…, a 2-disc collection of some of Nash’s best-known works from the past 50 years and more than a dozen unreleased demos and mixes.

The original classic union of Crosby, Stills & Nash (& Young) lasted but twenty months. Yet their songs are lightning rods embedded in our DNA, starting with Nash’s “Marrakesh Express,” “Pre-Road Downs” and “Lady Of the Island,” from the first Crosby, Stills & Nash LP (1969). On CSNY’s Déjà Vu (1970), Nash’s “Teach Your Children” and “Our House” beseeched us to hold love tightly, to fend off the madness that was on its way.

Overlapping CSNY, Nash’s solo career debuted with Songs For Beginners (1971), whose “Chicago/We Can Change the World” and “Military Madness” were fueled by the Long Hot Summer, the trial of the Chicago Eight, and the ongoing Vietnam war. Songs from that LP stayed in Nash’s concert sets for years including “I Used To Be A King” and “Simple Man”.

His next album, Wild Tales (1974), addressed (among other issues) unfair jail terms for minor drug offenses (“Prison Song”), unfair treatment of Vietnam vets (“Oh! Camil”) and the unfairness of fame (“You’ll Never Be the Same”).

The most resilient, long-lived and productive partnership to emerge from the CSNY camp launched with the eponymously titled Graham Nash/David Crosby (1972), bookended by Nash’s “Southbound Train” as the opening track and “Immigration Man” as the closer. The duo contributed further to the soundtrack of the ’70s on their back-to-back albums, Wind On the Water (1975) and Whistling Down the Wire (1976).

On the CSN reunion studio LP (1977), Nash took top honors with “Just A Song Before I Go” (written in the space of one hour, and a Top 10 hit single). Lightning struck once more on CSN’s Daylight Again (1982), on which Nash penned their second (and final) Top 10 hit, “Wasted On the Way,” lamenting the energy, time and love lost by the group due to years of internecine quarrels.

Nash’s passionate voice continues to be heard in support of peace, and social and environmental justice. The No Nukes/Musicians United for Safe Energy (MUSE) concerts he organized with Jackson Browne and Bonnie Raitt in 1979 remain seminal benefit events. In 2011, Nash was instrumental in bringing MUSE back to the forefront with a concert to benefit Japan disaster relief and groups promoting non-nuclear energy worldwide. That same year, he and Crosby were among the many musicians who made their way to the Occupy Wall Street actions in lower Manhattan.

In September 2013, Nash released his long-awaited autobiography Wild Tales, which delivers an engrossing, no-holds-barred look back at his remarkable career and the music that defined a generation. The book landed him on the New York Times Best Sellers list, and was released in paperback in late 2014.

In recognition for his contributions as a musician and philanthropist, Nash was appointed an Officer of the Order of the British Empire (OBE) by Queen Elizabeth. While continually building his musical legacy, Nash is also an internationally renowned photographer and visual artist. With his photography, Nash has drawn honors including the New York Institute of Technology’s Arts & Technology Medal and Honorary Doctorate of Humane Letters and the Hollywood Film Festival’s inaugural Hollywood Visionary Cyber Award. His work is collected in the book Eye to Eye: Photographs by Graham Nash; he curated others’ work in the volume Taking Aim: Unforgettable Rock ‘n’ Roll Photographs Selected by Graham Nash (2009).

Nash’s work has been shown in galleries and museums worldwide. His company Nash Editions’ original IRIS 3047 digital printer and one of its first published works—Nash’s 1969 portrait of David Crosby— is now housed in the National Museum of American History at the Smithsonian Institution in recognition of his revolutionary accomplishments in the fine arts and digital printing world.

Graham Nash stops by The Late Show to talk about his new studio album “This Path Tonight,” and to share some stories from his extraordinary career. 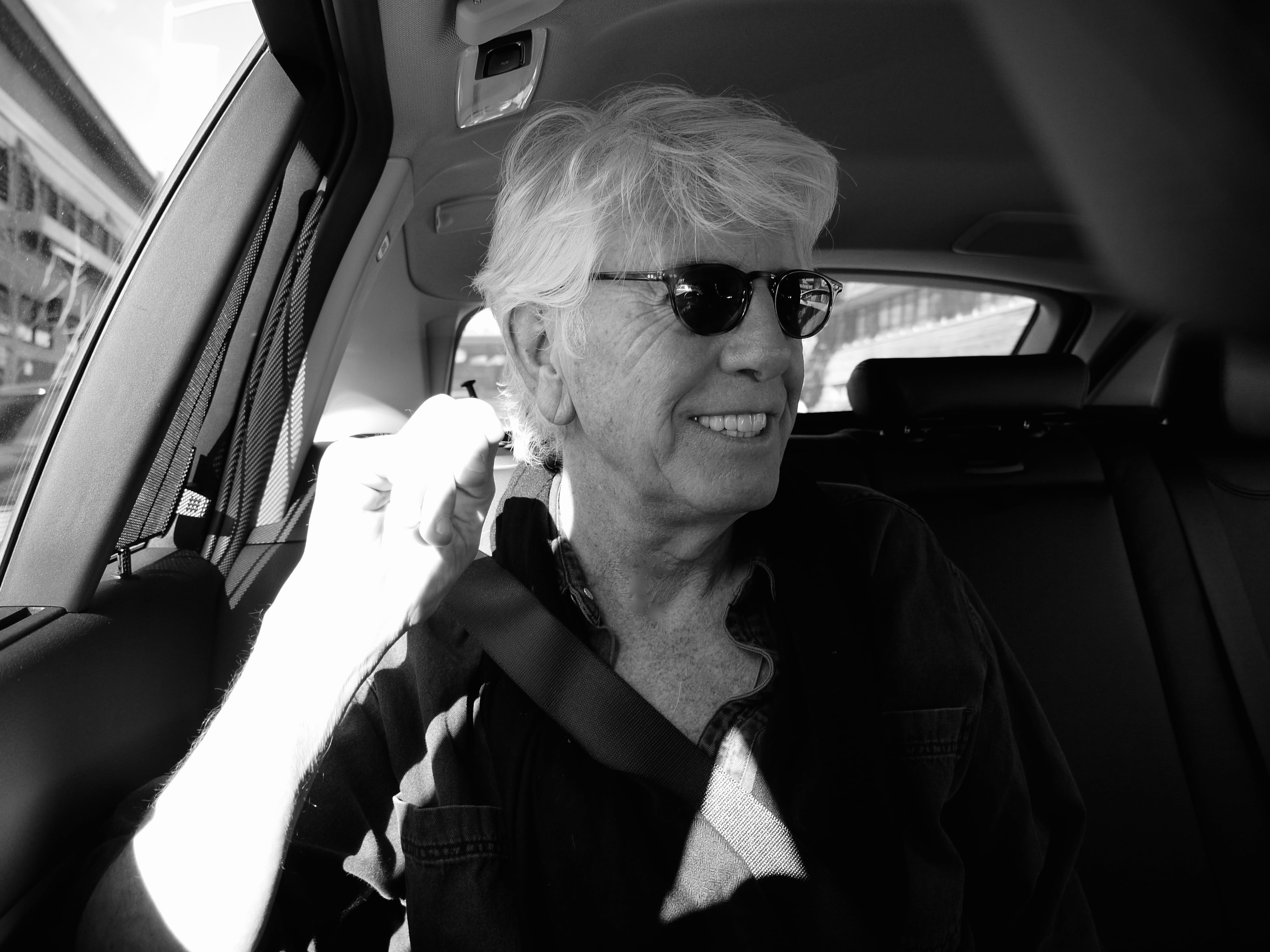 You could own this extraordinary signed photograph taken by Graham Nash when he was backstage at Bob Dylan's appearance on The Johnny Cash Show, June 7, 1969. Make a bid to support the Robert F. Kennedy Human Rights organization, which works alongside local activists to ensure lasting positive change in governments and corporations.

I just read Wild Tales. Wow!! What an amazing story of your incredible journey. Graham Nash cares about so many social issues that I care about too. The book inspired me to get involved. Thank Graham!

Nice shot! My father grew up with Johnny Cash.

If you missed the chance to get Graham's 2018 or 2019 Tour T-shirts, a limited number are available for a special reduced price! Get yours today at the official Graham Nash store:
grahamnash.merchmadeeasy.com/ ... See MoreSee Less

I have your Teach Your Children T and wear it all the time❤ Got many compliments too!!

This Watch Party will raise awareness and funding to help support music students and teachers as they head into this upcoming school year which is unlike any other. #musicwillbringustogether

Check out the event here:
bit.ly/watchpartyreminder

Loved you all these years Graham!!!💗

Appreciate you Grahm Nash,thank you for all you do.

I love knowing you still INSPIRE the young!!! You are the BOM!!!! Meunto bien!

One of my most favorite songs ever!!

Just to let you know, Mr. Nash, my Uncle George Fleischer just passed away last Thursday night here in Memphis,TN. I heard you knew him. He used to be friends with George Klein and Elvis Presley, too.