We’re really excited to have a genuine musical legend coming to Wickham this summer!  He recently celebrated 50 years since the release of the iconic Astral Weeks album in 1968 and is currently on a worldwide sold-out tour.  Morrison has under his belt a vast accolade of awards including a knighthood, a Brit, an OBE, an Ivor Novello, six Grammys, and an entry into The Rock n Roll Hall of Fame.

Wickham Festival is shaping up to be some party to celebrate our 15th birthday.  We’re delighted to announce The SAS All-Star Band for our opening night on Thursday 6th August featuring many of the stars who’ve appeared at Wickham over the years including Spike Edney (Queen) with guest vocalists Graham Gouldman (10cc), Steve Harley (Cockney Rebel), Tom Robinson, Toyah, Madeline Bell (Blue Mink) and an all-star band. Wow … they’re sure to perform many of their most popular songs so this is an opening night not to be missed!

Also available are luxury Glamping tents which sleep between 2 & 6  people. The cost of a Glamping ticket includes entry to the Backstage VIP Areas all weekend. Details and booking is available at http://www.festivalglamping.com/wickham-festival.

Introducing our new area … “The Social”

The Social will be a great new area this summer with a mix of acoustic music, storytelling, comedy, spoken word and late-night entertainment.  As it proved so popular in 2019 it’s likely we’ll have The Silent Disco here late night as it’s a bigger and better venue than the smaller storytelling tent that we used last year.  Although the main music stages will finish at 11pm, we’re licensed for public entertainment until 1am.  All late night entertainment (including The Magic Teapot) can continue until then.  We’re hoping this will be a cosy place to socialise and chill late into the night. 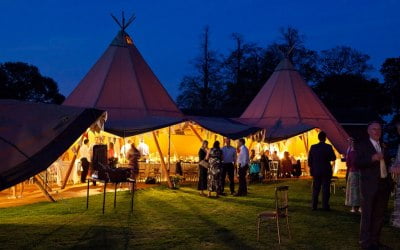 2021 Wickham t-shirts! We'd had many people asking for one of our limited edition 2021 Festival t-shirts. If we order some more and sell them for £20 inc. p&p, would you buy one? ... See MoreSee Less

Would love to buy but in conscience would normally only do if I came to the gig otherwise it feels a bit fake.... looks like a great line up and hope you guys do get to host it this year 👍

🤞🏻 I hope it goes ahead this year. Only missed it once before last year. Couldn’t do 2 years in a row. Looking forward to Wickham fun time shenanigans again. And buying the T-shirt

Yay!!! The Dhol Foundation are on the t-shirt! Yes, I will buy one x

Yes. I am also really hoping to come!

Yes. One each for us.

I would if my name was on it. Just saying...

Any chance of ordering some women’s fit ones?

Our Passage to India Trailer

Please watch the promo video for full info. Just click on the pic. 😊

Sad but inevitable that Glastonbury would cancel. It takes them 4 months to build their site. We build Wickham in just 1 week. With the vaccine rollout going well we're confident Wickham will be able to go-ahead this year. www.wickhamfestival.co.uk ... See MoreSee Less

If we have rolled-over tickets for 2020 will these be valid for 2022? Even if it goes ahead this year many people will not feel safe attending a large event and it's not clear yet whether everyone will have been able to have been vaccinated by then.

I live in Spain - have been reading about Primavera Sound holding a test event to see how possible it is...went very well apparently so you may well be right...hope so...would love to come back... if they ever open the airports again!!

Blimey, what a load of negativity to a positive and optimistic post! Thank you for giving us hope and fingers crossed it is possible to go ahead.

Was a great weekend with my kids a few years ago when the Stranglers were playing. Was well worth the trip from the Black Country. Well organised and brilliant for little uns .

Great news Peter - so many doom and gloom mongers around who are fed a daily diet of misery and who obviously find it hard to be optimistic and positive. If it's on we'll be there as always!

Really keeping fingers crossed 🤞 that wickham will go ahead.. 🥳🤞🥳

I think using the word ‘confident’ is a little premature if not arrogant sounding. Hopeful or optimistic maybe. I hope so too but I wouldn’t count on it.

Brilliant news, the best news I've had for weeks, nice to have this to look forward to

I certainly hope so. Missing live music soooooo much.

It'll be jam packed then!

We have tickets held over and so really hope this can go ahead but in all reality can’t see thousands of people together in small spaces for a good while yet unfortunately 😕 The vaccine will mean those with it won’t get so sick around 80% ish still leaves 20% ish who will still get quite ill and everyone vaccinated or not can pass Covid on. So with our younger music lovers who won’t get vaccines til perhaps summer/autumn too many are still vulnerable to this nasty virus 🦠- If we aim for 2022 that might be when we are out of the woods.

My hubby and I were discussing last night..we are huge festival fans.. i volunteer and steward on loads. I genuinely do not think festivals of this size will come back until covid is gone. Think about it...even with vaccine we still all have to show a negative test to go to a large gathering..for example ..on a cruise or to enter a country.. as the vaccine doesn't stop the spread as yet. So how can we allow..THOUSANDS to get together and mix over a weekend? The toilets...the food vans...the bins...the closeness... and thats without taking into account the staff to steward and the insurance to hold an event? I think small SD concerts may go ahead in the foreseeable future but all MASS gatgerings won't happen again for maybe two years..maybe more.. I have tickets held over for over 6 festivals and concerts plus booked to volunteer for another 5! So it hurts...

Looking forward to live music at festivals again this year, hope Wickham can go ahead, and are not pressured to cancel!

Hopefully the team and I will be there too!

Fantastic news. Everyone needs something to look forward to right now. 😍

And a better ticket price as well 😊😊

what's it got to do with a vaccine?

You do know the vaccine only stops you getting serious complications allegedly. It doesn't stop people passing it on or catching it!!!

Small festivals Rock ! We’re hoping Between The Trees Festival makes an appearance this year too.

A festival just for me

Free Prize Draw! Last Chance to Win! Everyone who buys a 2021 day or weekend ticket by midnight tonight (Sunday) is entered in our free Prize Draw with 30 great prizes: 10 x 2021 Wickham Festival t-shirts; 10 x 2021 Wickham Festival calendars; 10 x copies of our compere Ali Russell's new book 'Can't Do This On My Own - A life in minority music and other stories'. Ticket details here: www.wickhamfestival.co.uk/tickets ... See MoreSee Less

P.S. All who've already bought tickets or rolled-over 2020 tickets to 2021 will also be included in the Draw. It's our way of thanking you for your continued support.

Looking forward to the festival so much.

I received my t shirt which is stunning! Are you selling any yet?

Can't wait for this year's festival. 😊😊

Brilliant lockdown version of an Xmas classic from Nick Parker & friends in aid of the Trussell Trust. Nick will be at Wickham this summer. See how many singers & musicians you recognise on the video. www.youtube.com/watch?fbclid=IwAR0KAYdl4Y5gHZA67L6Dgt8aohD_cYxYyjDCvt9FM5Ay9pIflf008DF3z_0&v=lKl5... ... See MoreSee Less

Back in the slightly clunky summer of 2020 I decided to work on a lockdown version of a Christmas classic. After a discussion with studio guru Dave Draper we...
View on Facebook
·Share