Having entertained us in 2015, Tom Robinson returns to Wickham on Saturday 4th August.  He shot to fame with the top 10 hit 2-4-6-8 Motorway and Glad To Be Gay.

A UK songwriter & broadcaster first known in the 1970s as a musician & LGBT activist, Tom and his band were also early supporters of Rock Against Racism & Amnesty International. Between 1975 & 2001 Tom released 19 albums with various bands, and had a solo hit with the song War Baby. He has also co-written songs with Elton John, Peter Gabriel & Dan Hartman. He has hosted programmes on all BBC national radio networks and won three Radio Academy awards. He currently presents shows on BBC Radio 6 Music and hosts the new music blog Fresh On The Net. 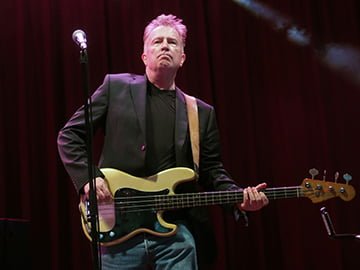