The Government have announced their intention to allow large gatherings including music festivals to be staged without restrictions from June 21st onwards. This means our Wickham Festival in August can go-ahead as planned. 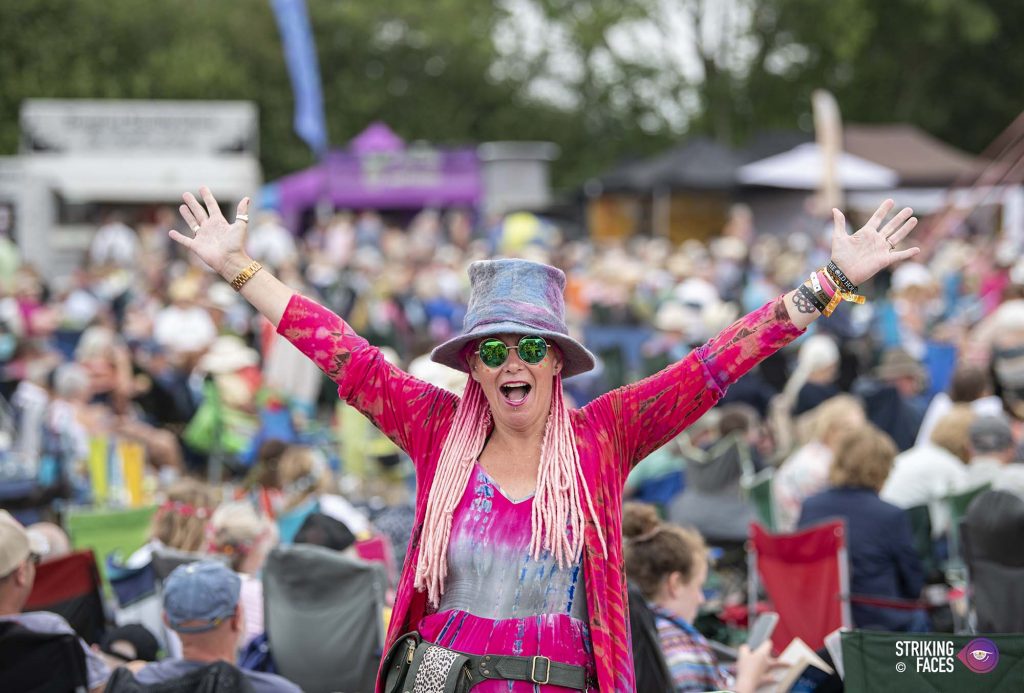 We’ve ‘frozen’ ticket prices since last March so you can still save £60 on every 4-day adult weekend season ticket if you buy now but please hurry! We’ve already experienced a huge surge in demand since the Government’s announcement and numbers are limited.

Tickets can be purchased online via our Tickets page.

After a year of almost no live music we’re looking forward to welcoming you back to Wickham this summer for what we hope will be our best festival ever!

Whilst we’re celebrating this great news we’ve just learned that Wickham favouites Edward II are releasing a new CD, Dancing Tunes, which can be ordered direct from their website.

It was great ! but it is now so big it needs a real open air stage !! was cramed into those marqee,s watching bands !! real stage next years PLEASE !!

Scott Doonican You made it into the video ... 🙂 Thanks, Wickham Festival team, it was a blast, cannot wait till next year ... ❤

A week on and still buzzing! Discovered the The Saw Doctors and can’t get the N17 ear worm outta my head 😂😂

Cracking short video but Wickham Festival you are so much more than this!! A taster but you have to be there to feel the unique vibe!!

Just back from dog friendly Cropredy .Guess what not a single person was killed by dog. Cmon Wickham you know dogs are better than people !!

The Slambovian Circus of Dreams. One of the most popular bands at this year's Wickham Festival. Thanks to Stuart Barry for a great live video.
www.youtube.com/watch?v=RtjfMwpvXlQ ... See MoreSee Less

My new favourite band! Saw them at Cropredy this weekend too. I then bumped into Sharkey and RJ on the field yesterday, they were enjoying the festval, and they spoke very highly of their experience at Wickham too.

My discovery of the festival. They are absolutely brilliant, totally got me (and the lady wife!).

Not even heard of this band, but am now following them,great performance ,definately one of my highlights x

Great band, one of many highlights 👍🤘

I couldn't decide what I made of them I initially. Then after three or four songs I think I decided I liked them. They were perplexing 😁. But overall, yeah..... pretty good. I'd definitely watch them again 👍

Loved them at Wickham. Once I find out where Slambovia is I'm going to pay a visit 😉

Enjoyed their set but it was loud!

Matt John these are the guys I was telling you about 😁

Purchased ours this eve online. Last time we were there was in 2015 when Billy Bragg and the Proclaimers were there. Loved every minute of it. So excited for 2023 🤗

What's a cheque? I know a few Poles and a Ukrainian but not these cheques? I can PayPal or Google pay

Found my cheque book, the last cheque I wrote was also for Wickham. And the one previous!

Bought before we left the site!

Got mine before I left. Can’t wait!

Posted ours off already!

Absolutely loved it. First time we've been. Great bands, especially the Saw Doctors, but I'm a little biased, and everything was so well organised, including the weather 😆

A wonderful weekend, thank you everyone so much. You were all amazing.

Fabulous festival, thanks very much! 👏👏👏 Look forward to it next year! 😀😀😀

Very impressed with the infrastructure of the show. Such hard work by all. If I have one complaint, it's that the portaloos in the campervan field weren't replenished with paper and sanitizer as often as I was told. I had my own facilities but occasionally used the public ones and took my own supplies. Just a thought.

Thanks to everyone who has mentioned us it’s quite a thrill! We love Wickham and if we do get that phone call from Peter, thanks for your help!

I thought that giving the students from St Vincent’s college the main stage opening slot on Saturday was a great opportunity for them to experience working with sound and lighting engineers on a big stage. Perhaps worth repeating in future years.