Edward II will be returning to Wickham Festival in 2021.  They’re one of our regular favourites and there’s no doubt, watching their videos just doesn’t do them justice.  This is a band that has incredible on stage talent and energy that has to be enoyed live.  If you’ve got energy to burn and brought your dancing shoes … who doesn’t love some reggae beats with a twist.

Their brand new Dancing Tunes CD, featuring a selection of traditional Jamaican songs with beautiful artwork by the renowned Jamaican artist,  can be ordered direct from their website.

They’re something very unique and different that’s full of history and culture; hailing from Manchester they’re a very British act combing English folk with reggae.  Whilst we have an interest and focus in local Hampshire bands, we love our friends in The North!  Watch their Manchester’s Improving Daily Video if you’re new to appreciating this band…

Please visit their store to show your appreciation for this Wickham favourite.

Originally known by the neat title of Edward the Second and the Red Hot Polkas, Edward II reformed some 10 years after originally disbanding. With their unique mix of English folk, world music and reggae, they are a great live act who will bring the crowd to their feet.

Edward II, the English roots band that uniquely blend the rhythms of the Caribbean with traditional songs from the British Isles, have been secretly working on a totally new project and will be back in 2017. Temporarily turning away from the rural songs of the middle England Morris teams, this time around the band has been delving deep into a repertoire of songs born of the industrial revolution, specifically of their home town, Manchester.

Still upbeat, and with rock-steady rhythms, blazing horns, fabulous harmonies and fiery melodeon melodies, this will be a new set mixed with some of the old favourites and a familiar sound for the faithful. 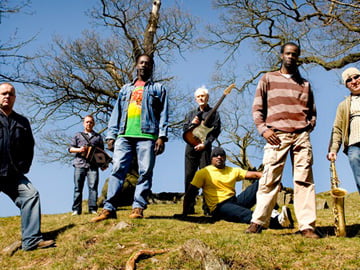