Folk legend Richard Thompson has been announced as the first headline act for the 2018 Wickham Festival.

Widely regarded as one of the most talented guitarists of his generation, Thompson will close the four-day event on Sunday August 5 with his electric trio.

He has been described by the Los Angeles times as the “finest rock songwriter since Dylan and the best electric guitarist since Hendrix” winning the prestigious Ivor Novello award in 2011 and earning an OBE.

Equally adept on both electric and acoustic guitars, the founding member of Fairport Convention has been included in Rolling Stone Magazine’s top 20 guitarists of all-time. 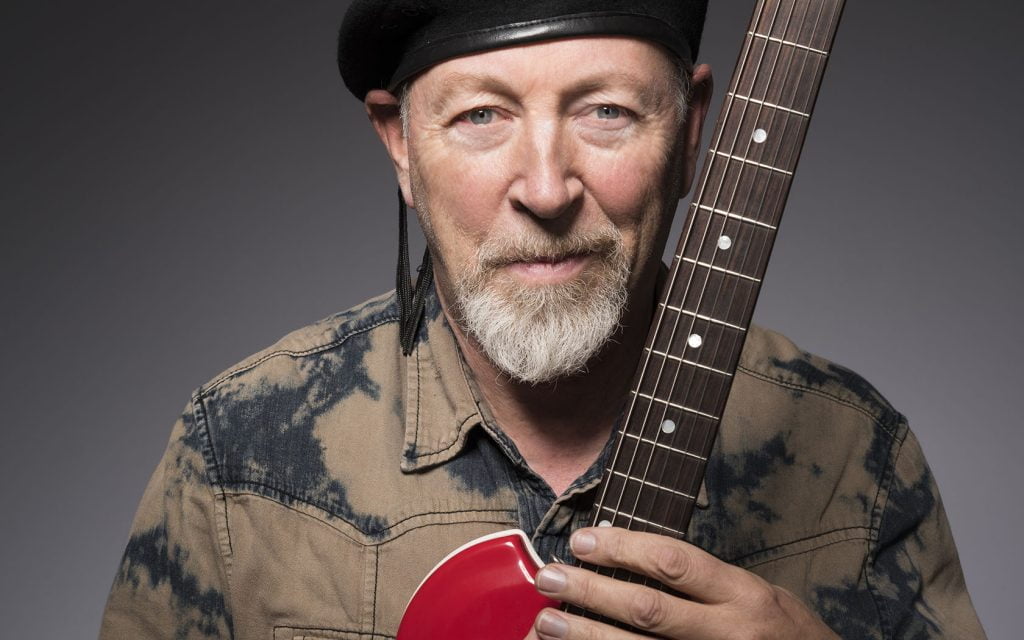 The three remaining headliners are set to be announced soon adding to a strong line-up which already includes the Undertones, Tom Robinson, Kate Rusby and perennial favourites the Red Hot Chilli Pipers.

Organiser Peter Chegwyn said: “We are delighted Richard Thompson has agreed to headline. He is one of the most iconic musicians on the scene and someone who is regularly requested by our fans.

“His unique style and wide catalogue of songs will provide the perfect end to what we are sure will be another very successful event.

“We are close to finalising some other exciting major acts which will be very popular and we also have a very strong programme both in the Big Top and on the other stages.

Weekend tickets are currently on sale at £120 with Under 16’s admitted half price and Under 10’s gaining free admission. A weekend camping pass is £30 and parking is free. Click here to buy.

Excellent Festival planning meeting on Sunday in the gloriously sunny garden of the Kings Head pub in Wickham. The Festival is ON, the planning is going well, tickets are selling like hotcakes, and we're looking forward to August! 😃 ... See MoreSee Less

Tickets bought...first time for me after the cancellation of 2000Trees and Cambridge FF ...and seeing this fantastic line up, so many of my fav bands, particularly Nick Parker Megson, Seth Lakeman and Gaz Brookfield - can't wait !

Thank you all! 👏🎶i we cannot wait to be at wickham once again!

Hi , Are you still taking applications for bands ? Thanks

Every time you put something on here it causes me to have a virtual bag pack 😃. Can't wait🎵

Must find out what I did with last year's tickets

Not missing this. Tickets booked 👍

Love the SAS Band and working at the Wickham Music Festival so double happy. Can't wait.

Sue Bladon Marcia Brogan ... so looking forward to our Hampshire & Wickham Festival outing ... fingers crossed Mel C might rock up with the SAS band to make my day!! 💜

Can’t wait- it’s been too long!

Can’t wait to see them x

Do you think Toyah will bring Robert?

Looking forward to this, great festival and line up.

Sounds good! Would love to see Lindisfarne, Van Morrison, the South, amongst others 👍🏻

I saw The Waterboys at Hurtwood Park a couple of years ago.. they were brilliant.

What’s the covid passport status of the event?

Great festival and right on our doorstep! \😁/

Sam Jefferies I wanna go to this if I'm not gigging myself. I've seen Van Morrison live very good. Also it's on around my birthday

Gemma Noakes shall we get tickets?

So looking forward to this.

Which artists are appearing which days ?

Love Van the Man. Saw him many years ago at the Rainbow Theatre in London. Fab ! It's a great line up too.

Something to look forward to😎

and amazing The Slambovian Circus of Dreams !! good call Peter !!!

Can't wait. So looking forward to it.