This year’s Wickham Festival has been declared the biggest and best yet after breaking box office records.

More than 20,000 music fans poured into the tiny Hampshire village to see the likes KT Tunstall, 10CC, Show of Hands and the Levellers.

The event endured a difficult start as unprecedented rain turned the site into a quagmire just hours before it was due to open.

Many other festivals might have cancelled – Hope and Glory was called off in Liverpool this weekend – but organisers refused to be beaten and staff worked tirelessly to not only get the event on but to turn it into a triumph.

Organiser Peter Chegwyn said:  “We have had a fantastic festival; the feedback has been phenomenal.

“We had a few issues with the weather but we overcame them and really turned it around. We have had so much praise from people who loved it and really appreciated our efforts. I really must thank all the crew and backstage staff who were magnificent.

“We had record ticket sales and a lot of those were first-timers many of whom have already told us they will be back next year which is really gratifying after all our hard work.”

As a thank you, fans who attended the festival can save £60 on an adult weekend season ticket for August 2-5 next year if they buy before Tuesday August 15 at the reduced rate of £100 or £50 for children aged 10-16. Under 10’s will again get free admission.

Chegwyn added: “It is our way of rewarding those who came this year and put up with the mud on the opening day. Many festivals would have cancelled but we spent more than £30,000 to get the event on. 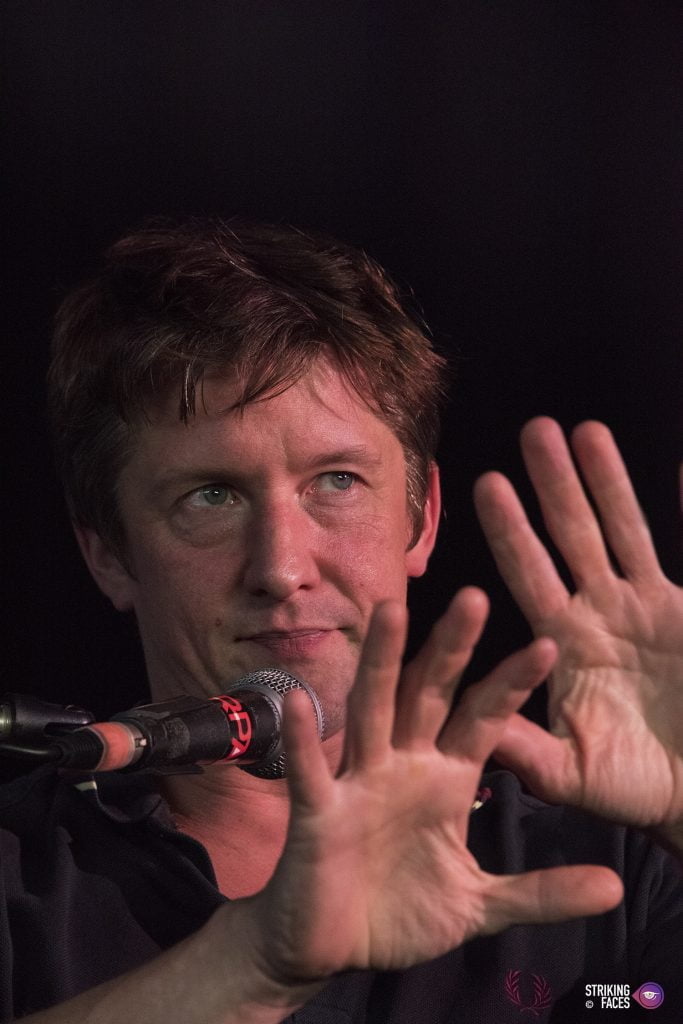 “We brought in diggers to clear the mud, tractors to tow vehicles and we covered the site in straw – and it worked. The fields there are remarkably quick to drain and it was wonderful to see so many people enjoying the festival. Our reward genuinely is to see so many happy, smiling faces.

“We had some fantastic bands and for the first time we introduced a late night comedy stage which was a big success. We brought in Tom Walker aka internet sensation Jonathan Pie and that proved so popular we had to put his Q&A on the second stage.

“The bands all said how much they enjoyed playing here and what a good time they had and much they valued our hard work. We were delighted to see so many people having such a good time. We look forward to welcoming them back next summer.”

Such a wonderful song & video. We did try to book Yusuf/Cat Stevens a couple of years ago. We will try again.
playingforchange.com/videos/peace-train/?fbclid=IwAR1zBiBfwktIgaJU0yRY_RraL6mPsHwYiS0CC5vgmBzNtII... ... See MoreSee Less

What a wonderful song, wish there was peace in the world x

I know you’ll keep trying. As a team you book some great acts!

We would so love to see him 😍

Oh yes I’d defo be there!

That would be wonderful 💜

You must make this happen 🙏🏼

Now that would be great!

Now THAT would be amazing!

Click on the pic for a great review of this year's Wickham Festival on the Folk Radio UK website. Thank you Johnny Whalley

Don't forget! Earlybird season tickets for next year's Festival are now on-sale. Save £70 if you book B4 Sept. 30 and there's no added booking fees. www.wickhamfestival.co.uk/tickets

Click on the link for Van Morrison's setlist from this year's Wickham Festival. Ninety minutes of wonderful live music from a legendary singer and his awesome band www.setlist.fm/setlist/van-morrison/2021/festival-site-wickham-england-338f6c09.html ... See MoreSee Less

My honest comments (having seen him at Wickham) seem to have been blocked. Why??

Many thanks to our Festival Patron, Johnny Kalsi of The Dhol Foundation, for this great video of their stunning performance at Wickham 2021. In response to numerous requests we hope to have The Dhol Foundation back at Wickham next summer.
www.youtube.com/watch?v=f2ffRXiWQJ4 ... See MoreSee Less

They are absolutely wonderful! They should definitely be there every year 😍🤩😍

I swear he's the happiest man in music. It's the one thing you enjoy being contagious. 😁

Love them. Got to be a Wickham constant 🙏

When are we going to get our 2022 replacement tickets?

Great photo of Lindisfarne's Rod Clements performing at this year's Wickham Festival. Have you any photos of artists at this year's event? Please feel free to share them. ... See MoreSee Less

'Earlybird' season tickets for Wickham 2022 selling fast. Buy B4 the end of September for just £37.50 a day with no added booking fees. www.wickhamfestival.co.uk/tickets

Not an artist, but Van Morrison's roadie making the Man a cuppa, midway during his set. Not sure what's in the bottle though.

The fella who fiddles, what a performance by Steve Wickham, Liam and Peter 💚

The genius that is Mr Wood ☺

Not to mention Mr Simpson

when are the first artists being announced ?

We posted a cheque but no email as yet!