Van Morrison is to headline this year’s Wickham Festival.

The global superstar will top the bill on Saturday August 8 in front of what is sure to be a sell-out crowd.

It is a major coup for organisers who have worked hard to secure the rock legend who recently sold out six nights at the London Palladium. 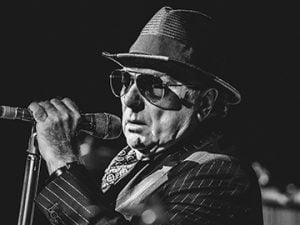 The Belfast singer-songwriter has a huge catalogue of hits to his name, most notably Brown Eyed Girl, Gloria, Moondance and Jackie Wilson Said. His live performances are renowned on the rock circuit and his appearance is set to spark a surge in sales.

Organiser Peter Chegwyn said: “This is absolutely massive for us – and for the village. It will be very special to have such a rock and roll icon coming to Wickham. This really does put us on the map.

“Van Morrison is one of the biggest names not just in British music but across the world. He has been one of the most influential singer-songwriters in the business for many decades and it is a real privilege to have him here.

“His live performances really are something special and I know our fans will love having him here. We are absolutely thrilled and we can’t wait to welcome him to Wickham.”

The 74-year-old, whose honours include a knighthood, an OBE, a Brit, six Grammys, an Ivor Novello and entry into the Rock and Roll Hall of Fame, sounds as fresh as ever with his shows consistently selling out to an army of fans.

He will be playing his biggest hits as well as tracks from his latest Album Three Chords and the Truth. 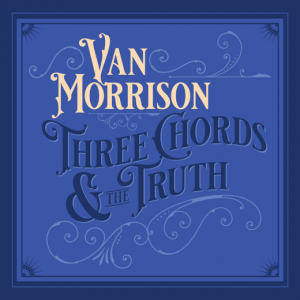 Also appearing on Thursday are Nine Below Zero, Tankus the Henge, Peatbog Faeries and John Otway and Wild Willy Barrett.

Friday’s line-up includes Wickham favourites Capercaillie, Show of Hands, Eddi Reader and Dhol Foundation along with a debut for the renowned Peat and Diesel. Saturday’s bill has Nick Lowe and Los Straitjackets plus Seth Lakeman as well Van Morrison.

There will be a strong finish to the festival with Sunday seeing the ever popular Waterboys headlining alongside Leo Sayer, the South, Stanley Jordan and rising stars Beans on Toast.

Chegwyn added: “Once again it is an incredibly strong line-up with a mix of up and coming artists, long-standing Wickham favourites and some big stars making their first appearances at Wickham.

“It is a formula which works well and has fans travelling to this tiny village from all over the world because they know there will be top quality music and just as importantly the family friendly atmosphere will never change. It really is a unique event in that respect.

“Children can wander safely and indulge in the many free activities while parents visit the many craft and food and drink stalls and listen to the wonderful music in a very relaxed environment. And with our two main stages being under canvas, it means people don’t need to worry about the weather.”

Weekend tickets are now on sale at just £160 per adult or £80 for each Under 16 with Under 10’s admitted completely free. Adult day tickets will be available at £45 per adult for the Thursday, £55 for the Friday, £75 for the Saturday and £75 for the Sunday, Under 16’s half price. Click here to buy tickets.

It's a record! With 4 months to go we've already sold more weekend season tickets than ever before. Thank you to all who've bought. If you've yet to do so don't leave it too late, we're heading for a sell-out! www.wickhamfestival.co.uk/tickets ... See MoreSee Less

And tidelines are awesome !

Will you offer any more ‘specials’ like you did for the crowd funding? 🍺 🚽😉

Four months today The Waterboys will be bringing this year's Wickham Festival to a rousing finish as they return to Wickham for the first time since 2013. Have you got your tickets yet? They're selling fast! www.wickhamfestival.co.uk www.youtube.com/watch?v=3zEvq5wLHNw ... See MoreSee Less

Don’t talk about the finish 😭

So looking forward to this 🤩 Received my Tshirt this weekend 😊

I wish I was a fisherman !

Tara Casey , what do you think

Finger crossed that everybody behaves themselves before then so that Wickham can go ahead. Can you tell me when T shirt orders will be shipped out please?

He should’ve had his second jab by then 🤭

The clincher in my decision to buy a ticket.