A superb second day has vindicated the decision not to call off the Wickham Festival.

Unprecedented torrential rain on top of already sodden ground put the four-day event in jeopardy but tireless work by staff ensured the show did go on. 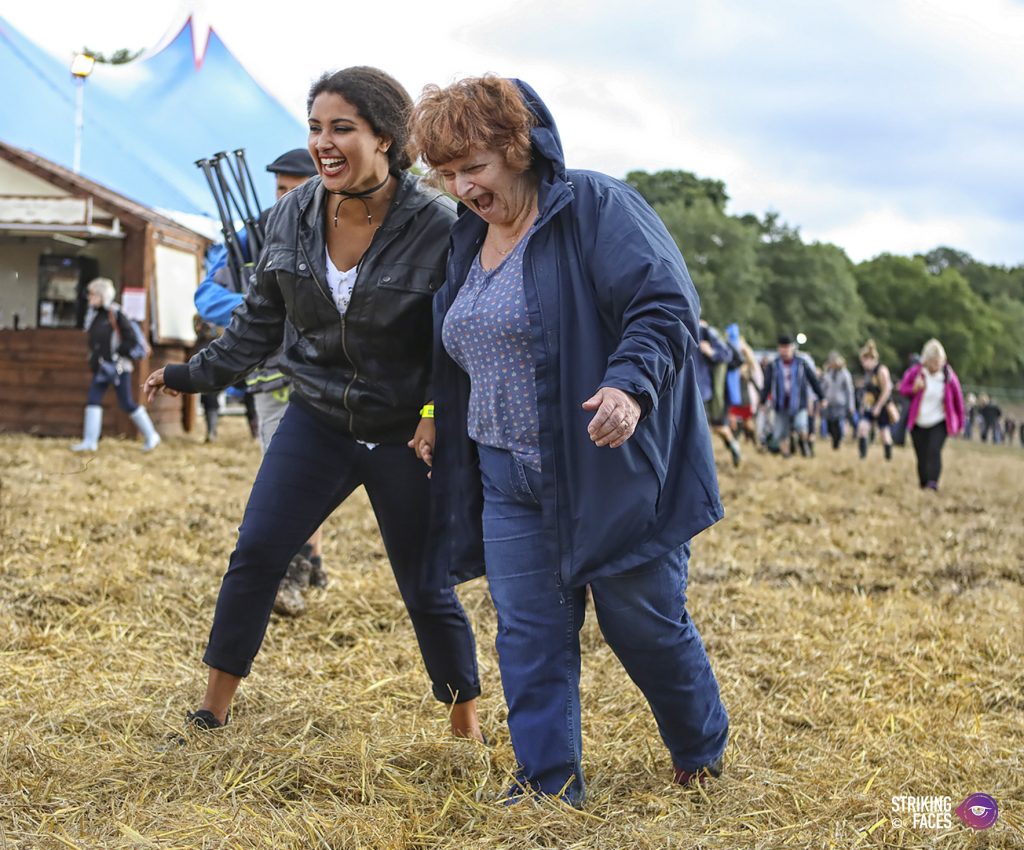 Their dedication and determination paid off as much of the ground dried out overnight enabling the second day to go ahead on schedule and exactly as planned.

Fantastic sets from Fisherman’s Friends, Seth Lakeman and Show of Hands rounded off a day of great music across four stages to send fans home happy.

Organiser Peter Chegwyn said: “It was touch and go for a while on Thursday after we had more than three inches of rain in just a few hours but I am so glad we managed to get the festival on.

“We know it was not ideal on the opening day. There were traffic queues as we tried to get vehicles through the mud and we had to open the gates late because we were spreading straw over the site. 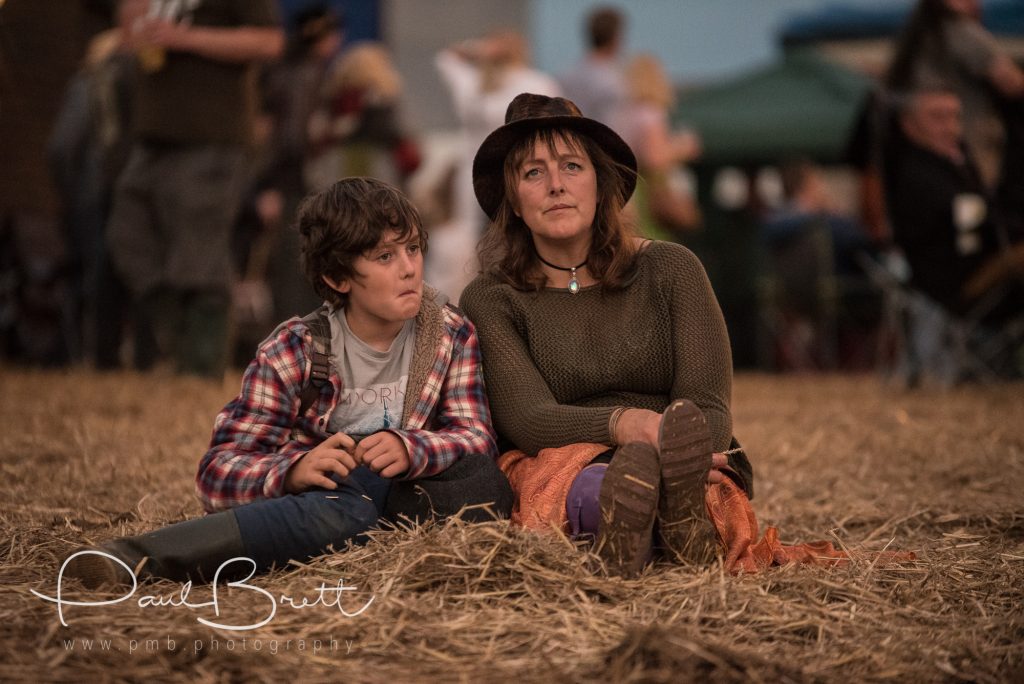 “We are very grateful to the fans for their patience and understanding and that is why I am so delighted the decision to go ahead has been vindicated.

“The ground dried out a lot overnight and we then put down another covering of straw which has held up well and now you would barely know there had been a problem.

“The ground is a little soft under foot in places but it is not churning up and is improving all the time. The car parking is holding up well and we are bringing in big diggers to flatten the mud at the entrance to the caravan and motorhome fields. 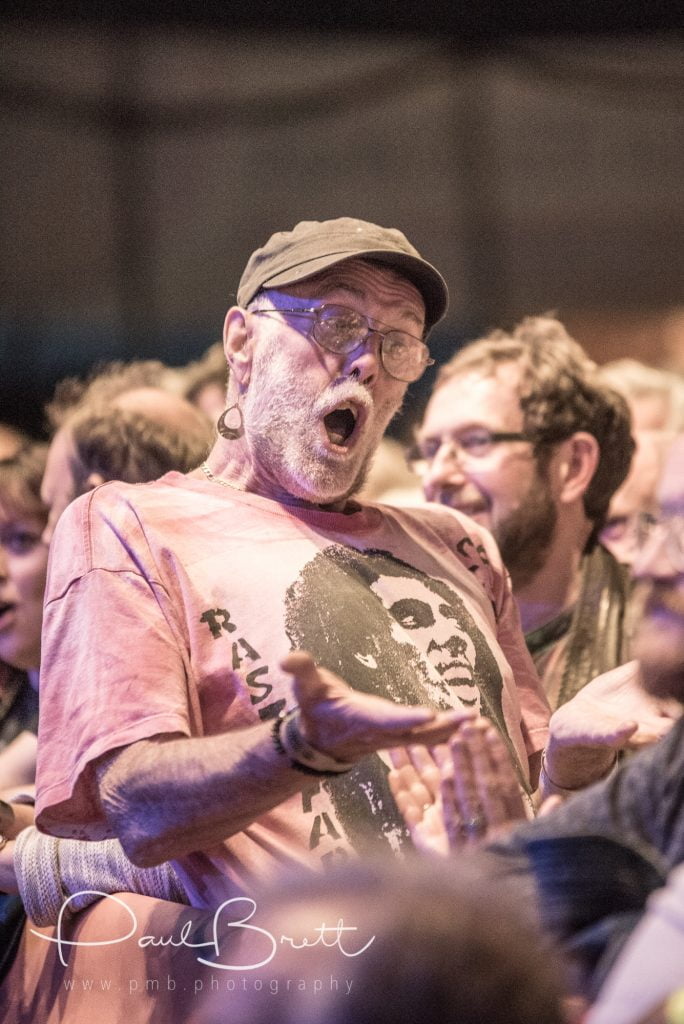 “It is a big expense but it should ensure we get everyone out OK at the end of the festival. Again, it shows we are doing all we can.

“But it was worth it all to see so many happy smiling faces. I have had so many people come up to me to say thank you for all the hard work that has gone into making this happen. They can’t quite believe how we have turned things around.

“The weather held up well and of course we had some fantastic music as well as all the other entertainment, the children’s activities and the late-night comedy stage. It has made all the hard work worthwhile.”

Excellent Festival planning meeting on Sunday in the gloriously sunny garden of the Kings Head pub in Wickham. The Festival is ON, the planning is going well, tickets are selling like hotcakes, and we're looking forward to August! 😃 ... See MoreSee Less

Tickets bought...first time for me after the cancellation of 2000Trees and Cambridge FF ...and seeing this fantastic line up, so many of my fav bands, particularly Nick Parker Megson, Seth Lakeman and Gaz Brookfield - can't wait !

Thank you all! 👏🎶i we cannot wait to be at wickham once again!

Hi , Are you still taking applications for bands ? Thanks

Every time you put something on here it causes me to have a virtual bag pack 😃. Can't wait🎵

Must find out what I did with last year's tickets

Not missing this. Tickets booked 👍

Love the SAS Band and working at the Wickham Music Festival so double happy. Can't wait.

Sue Bladon Marcia Brogan ... so looking forward to our Hampshire & Wickham Festival outing ... fingers crossed Mel C might rock up with the SAS band to make my day!! 💜

Can’t wait- it’s been too long!

Can’t wait to see them x

Do you think Toyah will bring Robert?

Looking forward to this, great festival and line up.

Sounds good! Would love to see Lindisfarne, Van Morrison, the South, amongst others 👍🏻

I saw The Waterboys at Hurtwood Park a couple of years ago.. they were brilliant.

What’s the covid passport status of the event?

Great festival and right on our doorstep! \😁/

Sam Jefferies I wanna go to this if I'm not gigging myself. I've seen Van Morrison live very good. Also it's on around my birthday

Gemma Noakes shall we get tickets?

So looking forward to this.

Which artists are appearing which days ?

Love Van the Man. Saw him many years ago at the Rainbow Theatre in London. Fab ! It's a great line up too.

Something to look forward to😎

and amazing The Slambovian Circus of Dreams !! good call Peter !!!

Can't wait. So looking forward to it.