Oysterband frontman John Jones believes the Wickham Festival is one of the best in the country.

Despite heavy rain and huge logistical problems, the event not only went ahead but has proved hugely successful with big crowds enjoying the fantastic acts and activities.

And that triumph in adversity is largely down to the passion and determination of organiser Peter Chegwyn according to Jones.

He said: “Wickham has always been one of our favourite festivals, we have been playing here for years and we love it.

“It has a very special feel to it and much of that is down to Peter who puts so much into it. 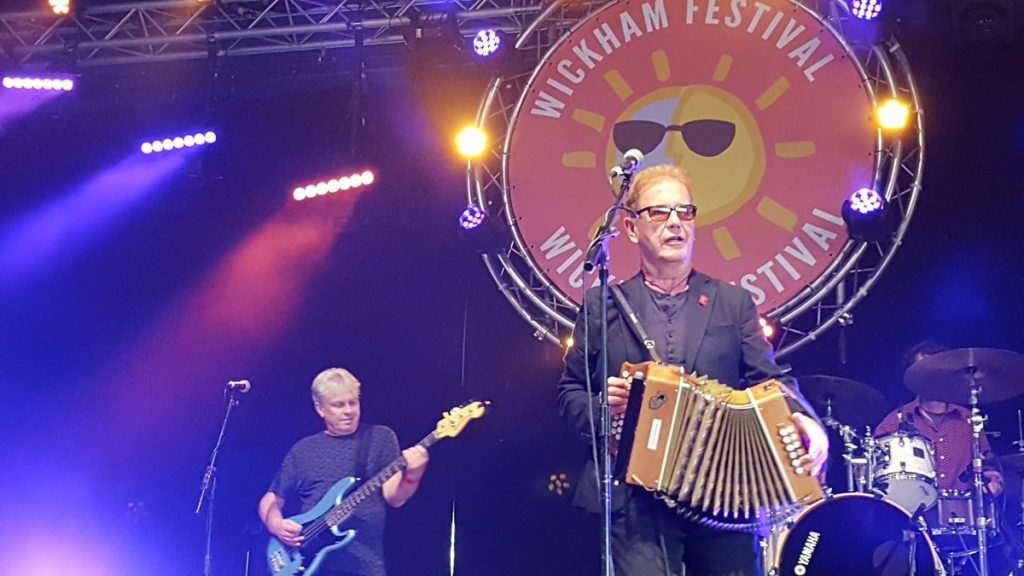 “I was reading the online updates and the horrific weather on Wednesday and I did wonder if it would even been on. A few festivals have cancelled because of the weather but not only did it go ahead but the site is fantastic considering what it has been through. 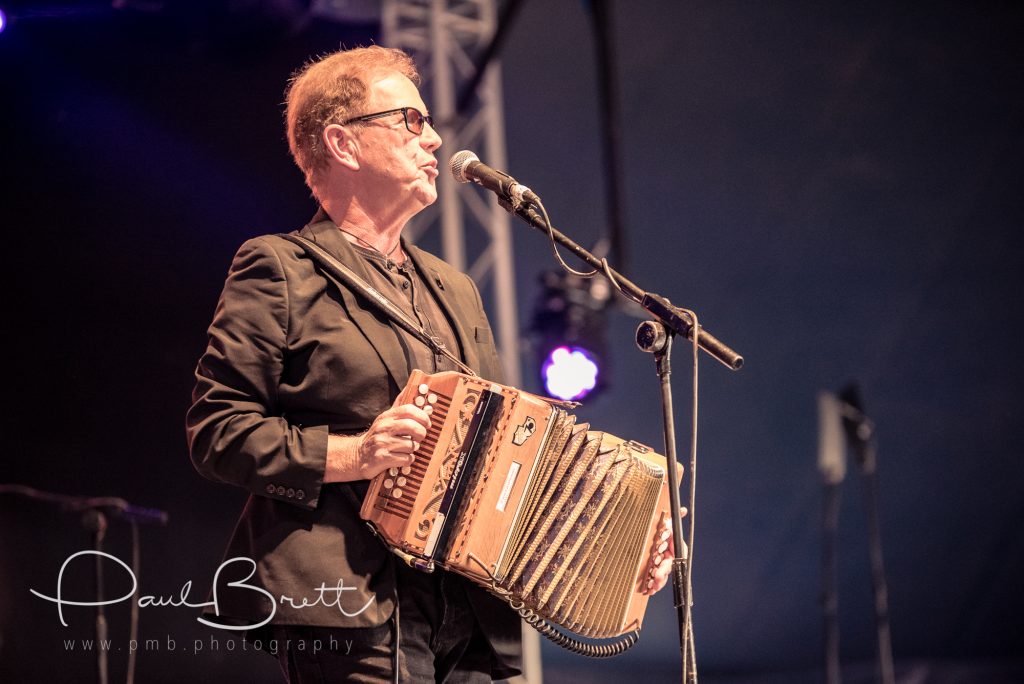 “It must have cost Peter a lot of money but it is worth it because it is as good as it possibly can be. He has a fantastic team of people round him and they have worked tirelessly to get it on and to keep the unique feel to the festival.

“And of course there is some great music for people to enjoy. The programming is first-class with a West Country theme to Friday and then a folk feel to Saturday with the Men They Couldn’t Hang, ourselves and the Levellers.

“We are delighted to be part of it and I hope everyone appreciates the massive effort and expense that has gone into making this weekend as good as it can be.”

A heavy morning shower caused a few problems on the third day of the festival with some cars having to be towed in by tractor causing some traffic delays.

However organisers eased the problem by opening an overspill field and also sending in diggers to improve the exits particularly to the field of motorhomes.

Chegwyn said: “The mood among fans has been incredibly positive on the whole. There are bound to be some frustrations caused by the weather – an occupational hazard of running festivals.

“But people can see how much work we have put in to improve and maintain the site. We added another covering of straw and the site has actually drained extremely well.

“We have had three fantastic days of music and comedy. As a local councillor I particularly enjoyed seeing the Q&A with political satirist Tom Walker, aka Jonathan Pie.

“The headline acts were fantastic but we had a really strong line-up on all the stages throughout the day, finished off with late night comedy. There really is something for everyone.”

Such a wonderful song & video. We did try to book Yusuf/Cat Stevens a couple of years ago. We will try again.
playingforchange.com/videos/peace-train/?fbclid=IwAR1zBiBfwktIgaJU0yRY_RraL6mPsHwYiS0CC5vgmBzNtII... ... See MoreSee Less

What a wonderful song, wish there was peace in the world x

I know you’ll keep trying. As a team you book some great acts!

We would so love to see him 😍

Oh yes I’d defo be there!

That would be wonderful 💜

You must make this happen 🙏🏼

Now that would be great!

Now THAT would be amazing!

Click on the pic for a great review of this year's Wickham Festival on the Folk Radio UK website. Thank you Johnny Whalley

Don't forget! Earlybird season tickets for next year's Festival are now on-sale. Save £70 if you book B4 Sept. 30 and there's no added booking fees. www.wickhamfestival.co.uk/tickets

Click on the link for Van Morrison's setlist from this year's Wickham Festival. Ninety minutes of wonderful live music from a legendary singer and his awesome band www.setlist.fm/setlist/van-morrison/2021/festival-site-wickham-england-338f6c09.html ... See MoreSee Less

My honest comments (having seen him at Wickham) seem to have been blocked. Why??

Many thanks to our Festival Patron, Johnny Kalsi of The Dhol Foundation, for this great video of their stunning performance at Wickham 2021. In response to numerous requests we hope to have The Dhol Foundation back at Wickham next summer.
www.youtube.com/watch?v=f2ffRXiWQJ4 ... See MoreSee Less

They are absolutely wonderful! They should definitely be there every year 😍🤩😍

I swear he's the happiest man in music. It's the one thing you enjoy being contagious. 😁

Love them. Got to be a Wickham constant 🙏

When are we going to get our 2022 replacement tickets?

Great photo of Lindisfarne's Rod Clements performing at this year's Wickham Festival. Have you any photos of artists at this year's event? Please feel free to share them. ... See MoreSee Less

'Earlybird' season tickets for Wickham 2022 selling fast. Buy B4 the end of September for just £37.50 a day with no added booking fees. www.wickhamfestival.co.uk/tickets

Not an artist, but Van Morrison's roadie making the Man a cuppa, midway during his set. Not sure what's in the bottle though.

The fella who fiddles, what a performance by Steve Wickham, Liam and Peter 💚

The genius that is Mr Wood ☺

Not to mention Mr Simpson

when are the first artists being announced ?

We posted a cheque but no email as yet!