Both stages will have the same stage, sound & lighting set-ups but Main Stage 2 will be standing only within the Big Top as most of the artists performing there are likely to attract a livelier dancing audience. 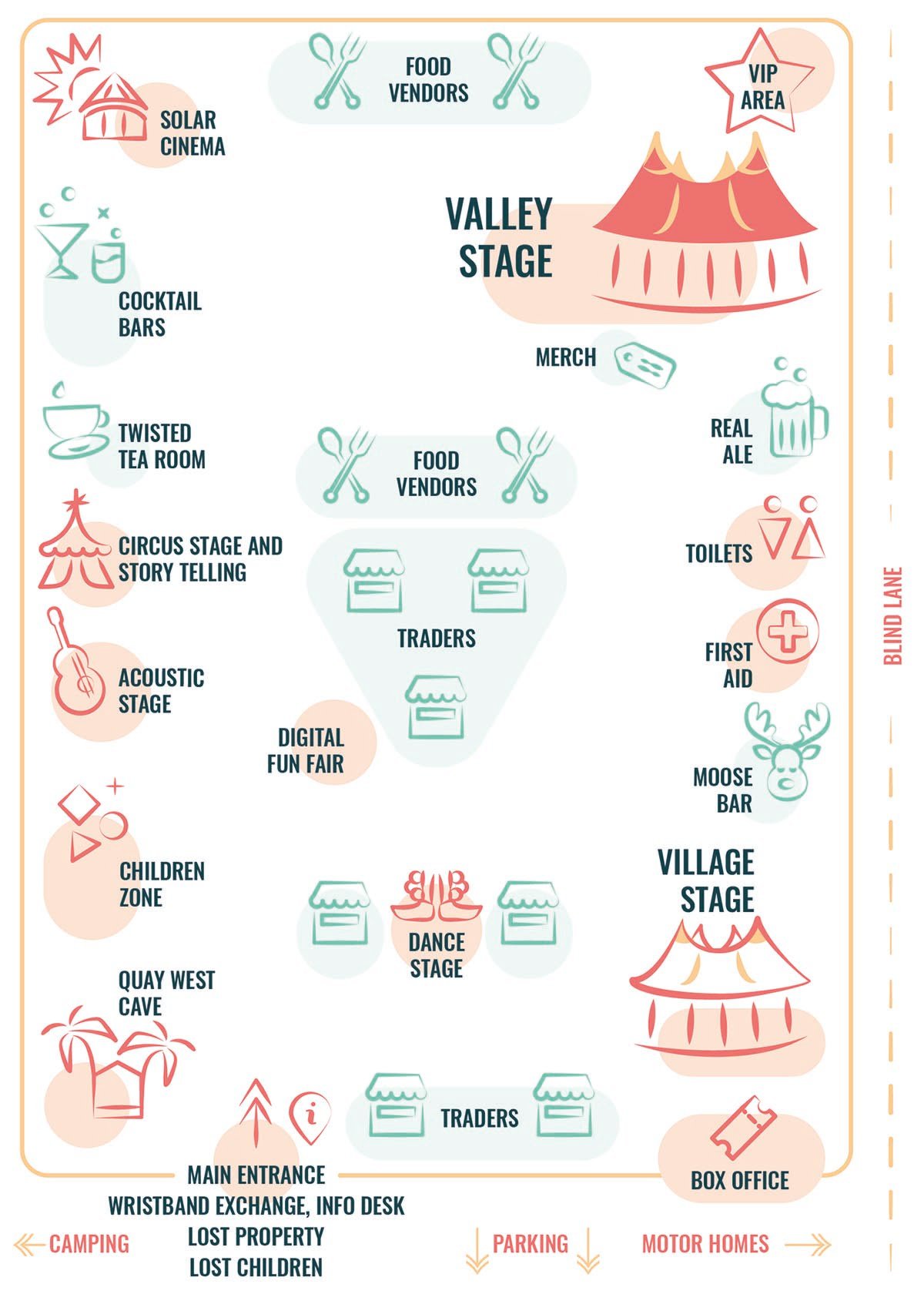 As well as our two main stages we also have the Quay West Cave and Acoustic Stages again plus an extra stage in the Twisted Tearooms for more acoustic performances.  New attractions around our Festival site include, for the first time, a Circus & Cabaret Stage plus a new ‘Chill-Out Zone’ with Pimms and cocktail bars. We’ve even got a bandstand!

Our cinema tent is back with some extra special screenings including an exclusive Saturday late-night showing of the new ‘Lost Vagueness’ documentary film being released in the autumn showing what it’s like behind the scenes at the Glastonbury Festival.