Seth Lakeman released his new album ‘A Pilgrim’s Tale’ on February 7th 2020, in a year that marks four centuries since The Mayflower ship departed the UK. The album will be released amidst a selection of UK concerts where Seth will visit locations significant to The Mayflower tale such as Immingham – where Separatists made a dangerous escape from England to Holland in their search for religious freedom – and Dartmouth – where the ship was anchored for repairs – will be visited in this expansive tour. This stirring and beautiful record is narrated by the actor Paul McGann (Dr Who/Withnail and I/Hornblower/Luther), and features a host of guest performers including Cara Dillon, Benji Kirkpatrick, Ben Nicholls and Seth’s father Geoff Lakeman.

2020 marks the 400th anniversary of The Mayflower ship setting off to the Americas. The ship carried British and Dutch passengers with hopes of fresh settlement, and who were famously met by the Wampanoag first nation tribe upon their arrival. Bottling the spirit of the 17th century pilgrimage, Seth has written and performed a selection songs that shape a fictional narrative of the journey, informed by extensive research from text such as the journals of William Bradford, conversations with modern day ancestors of the Wampanoag people at the Plymouth Plantation in Massachusetts, and information sourced at the national heritage sites that still exists in the UK. 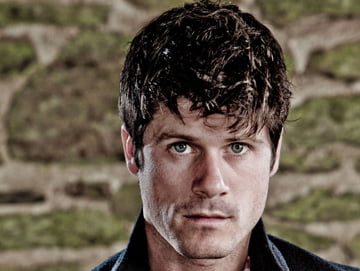