From their island home in Britain’s far north, the powerhouse partnership of Douglas Montgomery (fiddle/viola) and Brian Cromarty (songs/guitar/mandola), jointly known as Saltfishforty, have won a devoted following throughout the UK and beyond, brilliantly transcending the duo format’s conventional confines. Linchpin figures in the currently flourishing revival of Orkney’s traditional music, they unite these deep-rooted sources with an exhilarating breadth of influence and expertise, catalysed by a creative empathy born from decades of friendship. 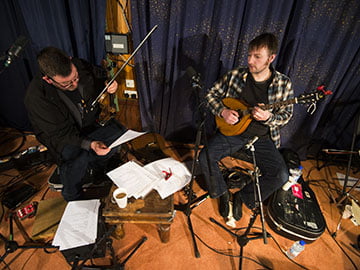