Will Varley is a singer-songwriter, musician and visual artist. He is one of the founding members of the arts collective Smugglers Records. In 2011 he recorded his debut album ‘Advert Soundtracks’ with Smugglers, and then set out on the road and walked a hundred and thirty miles with a guitar and tent on his back. Starting the walking tour at London Bridge he headed south east, strolling through the rolling hills of the Kent wield and singing songs to whoever would listen. He slept in barns, camped at the side of canals and played gigs in the corner of crowded pubs. By the time he strolled back to deal, despite the blisters and the aching muscles, word of his album had begun to spread and he had many a story to tell.

Since then he has toured extensively across the world as a headline act and opened for the likes of Billy Bragg, The Dead South and The Proclaimers. He has headlined venues including Union Chapel and Shepherd’s Bush Empire.

His live performances have become more and more anarchic over the years. Audience interaction, surreal improvised comedy between songs and chaotic stunts like playing two songs at the same time are now more often than not included in his shows, though he will just as quickly deliver a melancholic and heartbreaking ballad or a fiery protest song as he will a shaggy dog story or an amusing talking blues.

Will’s songs have been covered by acts as diverse as The Pretty Things and Frank Turner. In recent years Will has co-written songs with numerous artists including Skin of Skunk Anansie and Shae Dupuy. His sixth studio album The Hole Around My Head was released in 2021. 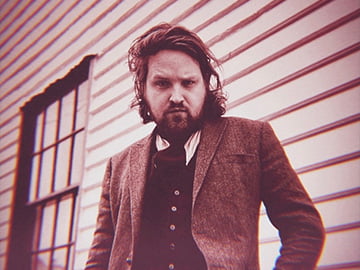