Ryan Young is an emerging young fiddle player from Scotland – one of a ‘new wave’ of young players bringing fresh and inventive ideas to traditional Scottish music. Ryan’s fiddle playing is brimming with fresh melodic ideas, an uplifting rhythmic drive and a great depth of dynamics and precision.

Ryan Young’s violin sound is very distinctive and he always manages to take the listener on an adventurous and emotional journey in any performance. Ryan studied and graduated with a first class honours degree in Scottish Music from The Royal Conservatoire of Scotland and has now also completed his Master’s in Music. Ryan is a two time BBC Radio 2 Young Folk Award nominee, a Celtic Connections Danny Kyle Award winner and was as a finalist in BBC Radio Scotland Young Traditional Musician 2015 and 2016. Ryan played at the famous Willie Clancy Week, in Miltown Malbay, Co. Clare, Ireland in July 2016.

Ryan’s debut album was shortlisted for the MG ALBA Scots Trad Music Awards 2017 it was also entered into the Grammys.

Ryan focuses mainly on Scottish music, bringing new life to very old, often forgotten tunes by playing them in his own unique way. He is very influenced by the fiddle playing of County Clare, Ireland and has been fascinated by the playing of renowned fiddlers such as Bobby Casey, Paddy Canny, PJ and Martin Hayes and Tommy Potts from Dublin. 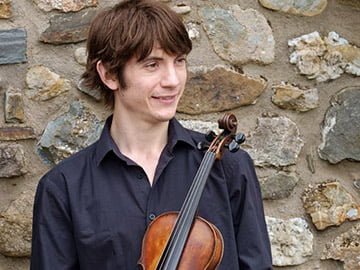