Two of the British folk scenes most accomplished performers, Kathryn and Sean have graced stages the world over in a number of guises, however, the intimacy and strength of passion shown as a duo, combined with an eclectic repertoire ensures a rare treat for any listener. With a story that includes over 20 years of music making with the likes of Seth Lakeman, Cara Dillon, Levellers, Kate Rusby and Show of Hands the duo has established themselves as pillars of modern British folk.

The Dartmoor-based husband and wife have twice won the coveted ‘best duo’ title at the BBC Radio 2 folk awards (2016 & 2013), consistently delivering assured, distinctive performances whether live or recorded. Over two decades of performance they have never been trapped in a groove – always bold and innovative, mixing traditional song arrangements with their self-penned material which reels from the bitter to the sweet, the wry to the sad, the political to the passive. 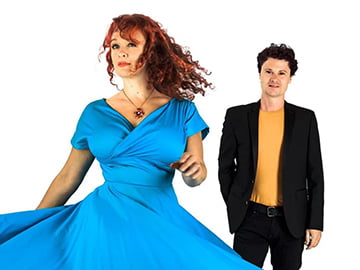