Phil ‘Swill’ Odgers is one half of the legendary joint vocal strike force of UK folk rebel rockers TMTCH.  Audiences around the world from Cairo to Reykjavik, Brisbane to Vancouver and Berlin to London have submitted to his effervescent and heartfelt vocal style in stadium, theatre, hall and after hours lock in.

His writing style tells life stories with a conscience and a heart and he addresses political issues of inequality, unfairness and a political system that rewards the rich and penalises the poor. 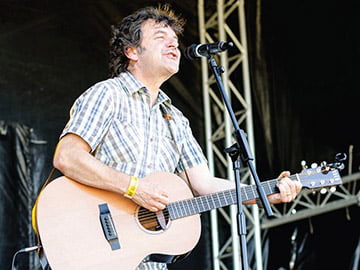