Yves Lambert is well known for his charisma and generosity on stage, and is considered a reference point when it comes to Québécois folk music. Certain Québécois critics even regard him as a guiding light on the whole subject of Québec’s cultural heritage. Through his long-time association with the band La Bottine Souriante, Yves Lambert was a founding member and pillar of the group from 1976 to 2002. For the past 40 years M. Lambert has been a driving force in giving traditional music the place that it deserves beyond the Québec and Canadian borders. From 2002 to 2021 Yves Lambert released 7 albums, earned 3 Album Traditional of the Year at ADISQ, Group of the Year at the 2008 Canadian Folk Music Awards and Singer of the Year at the 2010 Canadian Folk Music Awards. For his last release “Lâche moi l’tordeur” in November 2021, Alexandre Vigneault, Canadian journalist from La Presse, called him “a National treasure”.

In 2022 he was awarded the “Order of Canada” for his role in the revival, modernization and promotion of traditional French-Canadian music. 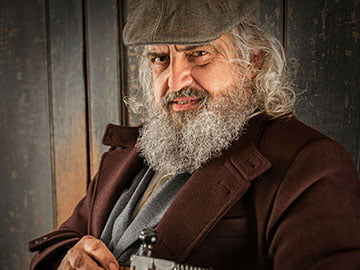