The Slambovian Circus of Dreams

Together since the late 90’s, The Slambovian Circus of Dreams began in Sleepy Hollow, NY as an art school project. Known for their electrifying live performances the band has toured nationally and abroad, playing a moody but upbeat alt-roots rock with an extensive instrumental arsenal (accordion, cello, mandolin, theremin).

Headliners of major music festivals and venues across the US, Canada and UK, this band has a devoted cult following. Lead singer-songwriter Joziah Longo’s voice is described as “Soothing and bewitching as a snake oil tonic”. He is joined by Sharkey McEwen (guitar, mandolin) and Tink Lloyd (accordion, cello, keys, flute).

Summer 2021 the band will return to the UK with Matthew Abourezk on drums and RJ Mac Carthaigh on bass. 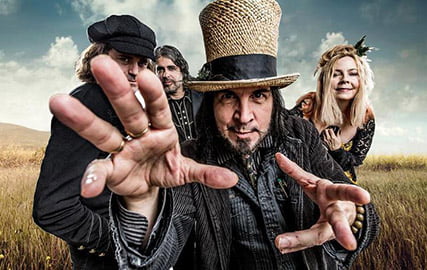