Whilst some acts transfer well to TV / on-line viewing, others you can only truely appreciate live when your body shakes … we’re welcoming back The Dhol Foundation.  Over the years they’ve proved a real Wickham favourite so it’s another bhangra bonanza on for 2022.  These guys know how to put on a stunning show … Wickham, you want vibrant enery?  They’re back!!!  We’re not sure any other festival could claim to have a bhangra based house band.  On Saturday 6th August 2022 we’ll be welcoming some unique Indian culture to get us jumping on our feet.  You can also catch Johnny Kalsi’s DJ Set on the Friday. 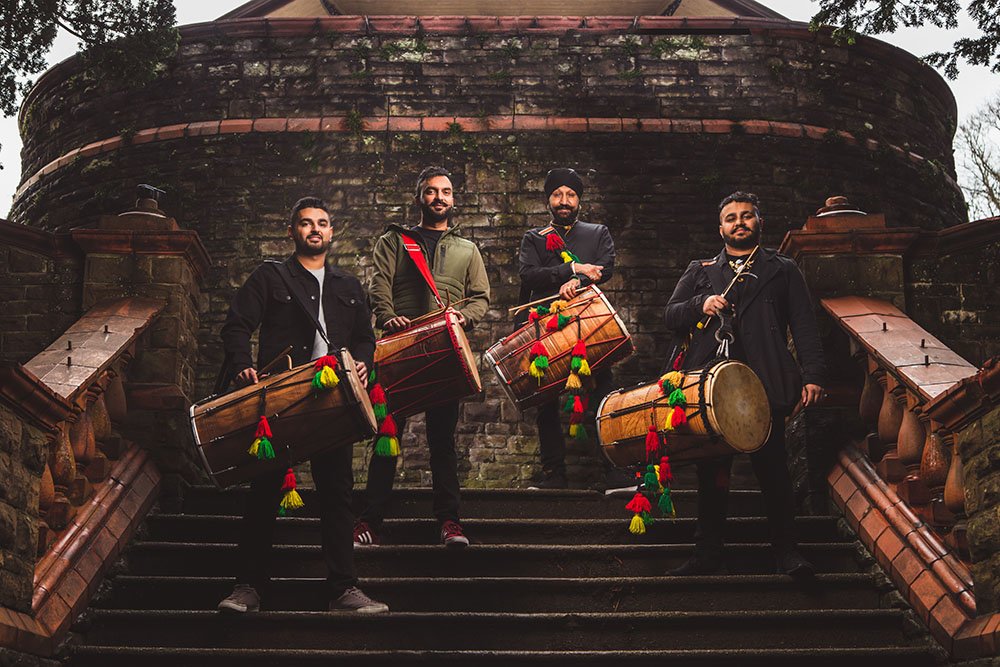 Established in 1989, The Dhol Foundation began as a small class in slough with only a few friends asking Johnny Kalsi for Dhol drumming lessons. A couple of weeks went by, and those friends bought friends of friends and so on… One class turned into several! Before we knew it we became the first-ever dhol class/academy in the UK, creating a new breed of modern dhol players that became quickly in demand!

With a strong team of dhol players built up, it was time to hit the road! So Johnny Kalsi and The Dhol Foundation began workshops internationally and then tours across the globe, Slowly expanding along the way.

In 2001 TDF released our debut album, ‘Big Drum Small World’ which was another milestone for the British Asian music industry. With backing from Peter Gabriel’s Real World Publishing, the album grabbed mainstream attention and was quickly picked up by Hollywood directors. TDF collaborated with Martin Scorsese on ‘Gangs of New York’. This collaboration was then followed by more silver screen work with the likes of, Ang Lee on ‘Incredible Hulk’ and Sean Macleod Phillips on ‘Sea Monsters 3D’,

​As the years have flown by, The Dhol Foundation continues to grow. As through the lockdown months, they have started writing new material for their 6th installment. As the saying goes… Watch This Space!​ 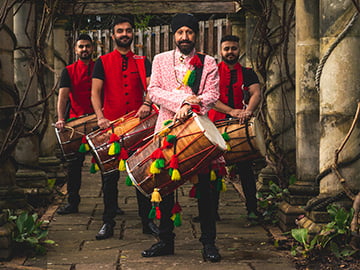