Accordion maestro Luke Daniels and The Cobhers will be making their Wickham debut on Sunday 7th August 2022.

A BBC award winning folk musician and former Riverdance band member who has performed with Ian Anderson of Jethro Tull, Cara Dillon and De Dannan. Folk Musician in Residence of the Scottish National Museum of Rural Life and tutor on the traditional music course at Royal Conservatoire Scotland in Glasgow. His 2015 album of melodeon music transcribed from early wax cylinders and 78s was described in the Scotsman as “outstanding.” A soloist on the Lord of the Rings and The Hobbit soundtracks he performed at the Royal Festival Hall with the London Philharmonic Orchestra. His commissioned work for the PRS for Music New Music Biennial in 2014 was broadcast live on BBC Radio 3 from London’s Barbican Centre and Glasgow Royal Concert Hall. He has performed at the Edinburgh Festival’s Assembly Rooms and on Broadway with Riverdance. His musical partnership with the School of Philosophy at Edinburgh University culminated in sell out shows at Celtic Connections Festival on two consecutive years with Songs of the Scottish Enlightenment. He recently sang and played live for Mark Radcliffe on his BBC Radion 2 folk programme and was described by Mark as a “master melodeon player.” 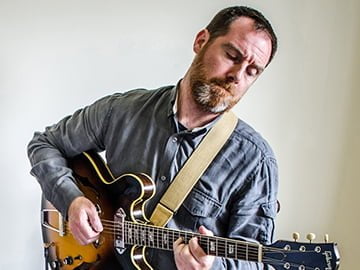