In seven years of existence, THE CELTIC SOCIAL CLUB has succeeded in imposing a sound, a style and a name on a well established Celtic music scene. With four studio albums and two live albums so far, They have crisscrossed stages, festivals and continents. These seven Franco-Irish troubadours continue to refine their elegant and daring reinterpretation of the traditions of Celtic music, blended with great amounts of rock energy, of pop harmony and folk melody.

The astonishing journey for this band began in July 2014 and was only meant to be a one off event at the Vieilles Charrues festival. The energy, the desire and the freshness, forged a band from an event. This meeting of adventurers, gathered around a name, THE CELTIC SOCIAL CLUB. A band with a cultural mission: to advance traditional music from Celtic cultures (Brittany, Ireland, Scotland, Asturias) by fusing them with rock, pop, folk and groove.

Organized like a guerrilla group , the collective pops up all across Europe, but may surface in Asia, and has been known to materialize in The United States, even showing up in Central Park, NYC. Having toured the world, The Celtic Social Club’s sights are set on The United Kingdom, which has a history of musical superiority and a lack of tolerance for French artists. The Pogues and the Clash have often been cited in an attempt to summarise the spirit of energetic and ambitious musical mash-ups. Taking the torch from these pioneers, The Celtic Social Club has gradually forged a new and stable path to original territory.

Their fourth album, DANCING OR DYING? was released on October 8th 2021. Irish singer, Dan Donnelly added his voice to his Breton counterparts: Manu Masko, Ronan Le Bars, Goulven Hamel, Pierre Stephan, Mathieu Péqueriau and Richard Puaud. They have levelled up their recording game over the last year and are keen to prove that with the new material, that love they will be a force to be reckoned with 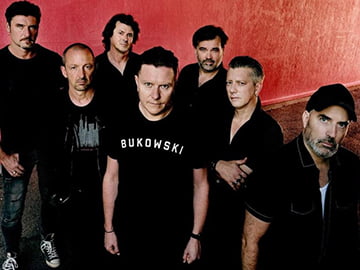