The individual members of The Blues Band were already held in admiration by generations of rhythm & blues fans when they formed back in 1979. Almost two and a half decades and over 16 albums later they continue to add to their growing army of followers, and it’s not unheard of to find three generations from the same family at a gig.

The band are today acknowledged throughout Europe and beyond as being amongst the very finest purveyors of rhythm & blues. They have inspired numerous other blues bands, many of which have come and gone …The Blues Band have remained a constant, increasingly popular fixture, however, and all with only a modicum of help from the record business – as Gary’s oft quoted comment states “the music industry doesn’t bother us and we don’t bother them.” 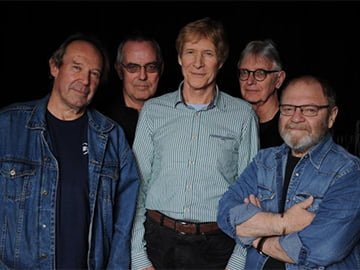 The Blues Band appeared in 2018