Emily and Hazel Askew are fast becoming one of the most popular and respected duos on the English folk scene. From dark ballads to uplifting dance tunes, they play with driving energy and the unity of two people who have played together all their lives. The sisters use fiddle, melodeon and concertina to breathtaking effect, creating cinematic arrangements that get to the very heart of each song.

John and James would massively appreciate your help. They’ve set the goal low, and will be able to do more if you can fund above the target - any support gratefully received ... See MoreSee Less

Please help us fund our debut album, its been 15 years worth of development and research. We are really excited to share it with you!
View on Facebook
·Share

The Askew Sisters - I Wandered by the Brookside (Official Video) ... See MoreSee Less

Just to confirm that our spring tour is now, obviously, cancelled. We've managed to reschedule most of those into our next tours.

Meanwhile thanks to BBC Radio 3's Night Tracks for playing I Wandered by the Brookside, closest you'll probably get to coming to one of our gigs for a while! Take care everyone x

Thanks for posting, I think a lot of us worry about folk musicians because of the amount of human contact they make - and in your case you live in London where the cases are higher. :-(

Yes its interesting, since Hannah Peel started presenting on Night Tracks, I've been listening to it a lot more. Think thats where I came across RANT, one of my favourite bands right now. Anyway must be hard for you musicians right now, with not being able to perform. Maybe you two (Hazel Askew and Emily) could use the time to pen some songs for the next album ;) 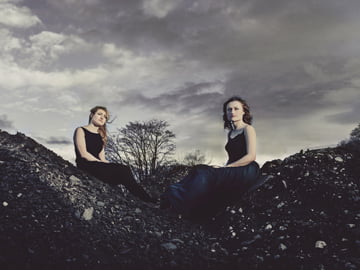 The Askew Sisters appeared in 2015