Steve Wickham is recognised as Ireland’s premier rock fiddler since the mid-1980s. His distinctive playing has been a major contribution to the Waterboys groundbreaking records over the years.  He will be performing at Wickham Festival 2022 on Friday 5th August with special guest Joe Chester.  You can expect musical mischief, songs and tunes from both their repertoires.

Steve became a member of The Waterboys in 1985 shortly after playing on their seminal album “This is The Sea”. He continues to tour and record with Mike Scott and The Waterboys. Writing songs and music has always been part of his musical life. He continues to explore new musical territory composing for Film and Theatre and other eclectic projects, such as a crossover suite of music with Sligo Baroque Orchestra and Congolese soukous band ‘Tropicana Musica’.

He has recorded and performed with U2, Elvis Costello, Sinead O’Connor, Bob Dylan, Sharon Shannon and many other artists in the worlds of rock and traditional folk music. He made his recording debut with U2 in 1982 on their break through album, War, playing on “Sunday Bloody Sunday” and “Drowning Man”.

Steve also writes and records with world music group NoCrows. The ‘Crows’ have released six albums to date and continue to tour extensively.

He composed the score for Tom Mc Intyre’s plays ‘The Midnight Court’ and ‘Caoineadh Airt O’ Laoghaire’, both performed at the Abbey Theatre, Dublin. He also collaborated with Michael Harding on his plays ‘Bog Dances’ and ‘Sleeping a Lovesong’.

Steve scored the film ‘Witness to the Future’ (2016), and the documentary ‘Prisoners of the Moon’, both directed by Johnny Grogan. 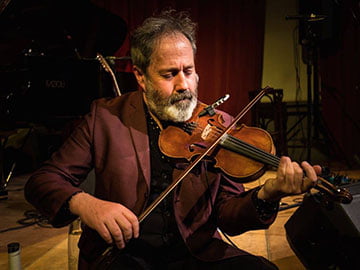