We’re in for a real treat at Wickham 2017 with the collaboration of Steve Tilston and Jez Lowe.  These are two of the UK Acoustic / Folk scene’s finest songwriters and well established solo artitist.  They’ve joined forces for a series of upcoming events filled with songs and music, chat and banter and intimate insights into their approach to their craft.

After their performance on the main stage together they will both be making seperate performances on the second stage on  Saturday.  Steve Tilston will be on at 8pm and Jex Lowe at 9pm.

Head to head, neck and neck (guitar necks, that is!) listen in as they rekindle the spontaneity of their late-night living-room song swaps. Questions, answers, anecdotes and anarchy… and a very special evening of music.

A masterclass in songwriting and a perfectly formed songwriters event tailor-made for any musical programme!  In November 2016 they put their heads together to make a new album entitled Janus.

You can order this album via Amazon.

Click here to read the full review on The Guardian. 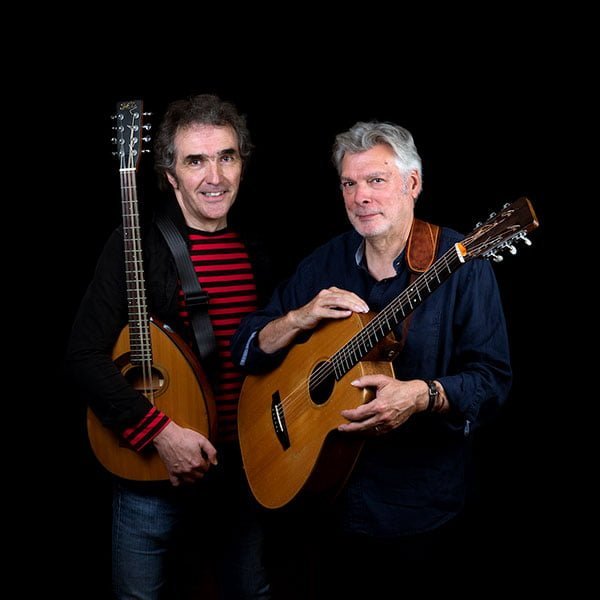