Steeleye Span has been one of the most influential names in British roots music. Pioneers of folk-rock, Steeleye Span changed the face of folk music forever, taking it out of small clubs and into the world of gold discs and international tours. Members have come and gone over the years, but Steeleye has always remained at the forefront of the genre they helped to define, and, 38 years later the band has become an institution in British music.

Steeleye Span formed in 1969, with the vision of playing folk music in a contemporary, electric band format. Taking their name from the song Horkstow Grange, their debut album Hark! The Village Wait is a pioneering album that set out the blueprint for folk-rock.

When you come to a Steeleye Span show you can expect to hear many of the familiar classics next to gems both old and new, all delivered with a burning passion and unrivalled experience. 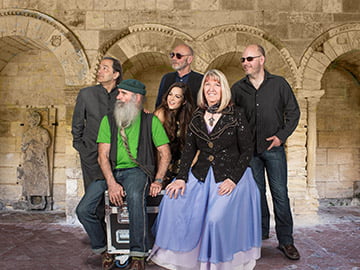