Sound of the Sirens

Exeter-based duo Abbe Martin and Hannah Wood dovetail beautifully on their debut album, For All Our Sins, a beguiling acoustic pop collection replete with lyrical sensibility on tracks like the first single, Smokescreen (“Living beyond the darkness others create for us, and growing into something positive”), The Circus (“When everyone wants something from you, who can you trust?”) and Mr Wilson (“The chemistry of a new relationship, unsure of where it is going, but knowing that you want more from it”)

Already championed by Chris Evans – who declared himself “blown away” when he heard Sound of the Sirens for the first time, and subsequently invited them to perform alongside U2 and Take That on TFI Friday last year – they’re certain to broaden a burgeoning fan base on the back of For All Our Sins.

It’s a fan base built up not just over several sublime EP releases – but also through their live shows, which combine a natural facility for connecting with their audiences and unforgettable performances predicated on energy, warmth, humour and, above all, real conviction. This is true whether Sound of the Sirens are playing the intimate environs of Exeter Cathedral, before tens of thousands at the Isle of Wight Festival or supporting Rick Astley on his UK arena tour.“

We work well together,” says Abbe, a graduate of Dartington College of Arts, who’s now a vocal coach and drama practitioner for Vocal Arts.“ We have fun and a shared vision of what we want our music to do and how we want it to influence people. Music moves people and can help people overcome adversity. As performers we have a responsibility to write music that will impact and not offend. If people are listening to your voice, use it wisely.” 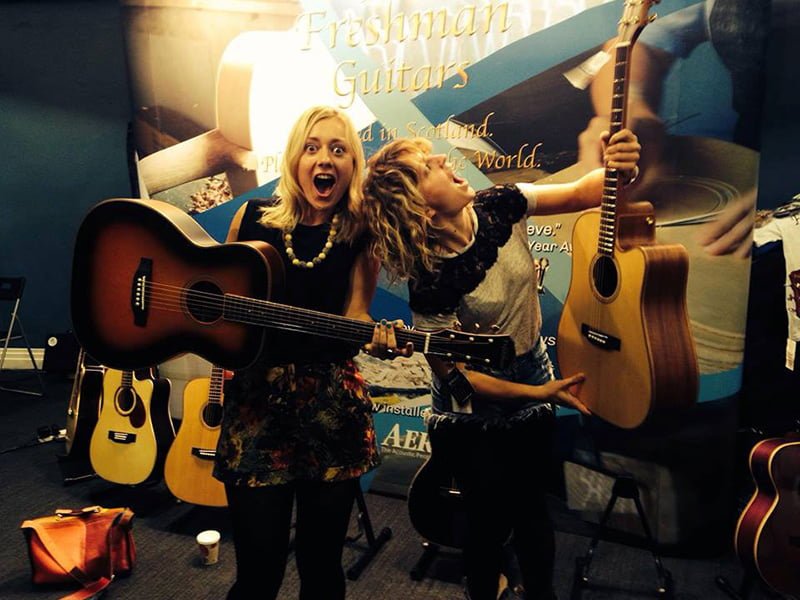 She and Hannah – who studied performance art at Barnstaple College – met when they worked together at the Timepiece in Exeter, the venue which gave them their debut as Sound of the Sirens. Drawing on diverse influences, including Bob Dylan, Ed Sheeran, Joni Mitchell, KT Tunstall, The Carpenters, they write from a personal experience they feel others can relate to.“ We can also be quite inventive in our writing, using different text games to create a stimulus from which to write,” says Hannah.“

We definitely put our emotion into our music and publicly vent. We often put a positive spin on the sadness that life can bring, finding strength in doing so and hopefully helping others to deal with the same issues.”

One of those issues – mental health – is the subject of The Voices.“We’ve been moved by a mental health campaign, #itaffectsme, that’s bringing people together to be open about mental health issues. It’s also campaigning to get mental health awareness to be spoken about in primary school education to prepare the next generation. As teachers and musicians we feel this is brilliant.”

Sound of the Sirens want to both enlighten and entertain, and they want to do it with euphony. For All Our Sins accomplishes all of the above. 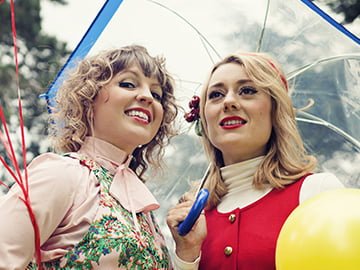 Sound of the Sirens appeared in 2018