Roger Maxwell Chapman, known as ‘Chappo’ by his legions of fans was born and brought up in the East Midlands city of Leicester, a hot bed of musical talent in the UK during the mid to late 1960’s. The early days of Roger’s musical career started when he joined The Farinas in 1966, a band started at Leicester Art College in 1962. The original line up of the band consisted of John ‘Charlie’ Whitney, Tim Kirchin, Harry Ovenall and Jim King. Ric Grech replaced Kirchin on bass in 1965 and Roger Chapman joined the following year on vocals. They briefly changed their name to The Roaring Sixties and when seeing the band live American record producer Kim Fowley suggested that because of their love of wearing double-breasted suits when on stage had given them a Mafia style appearance, they ought to be called The Family. After this comment the band soon decided to abandon this look in favour of a more casual appearance and to shorten the band name to Family and so the legend was born.

Now enjoying a very successful solo career, 1998 saw the release of another fine studio album. A TURN UNSTONED featured not only the usual array of guest musicians but also centred on the nucleus of the then current Shortlist line up of Steve Simpson, Ian Gibbons and Laurie Wisefield. That would also be the year that Roger Chapman and the Shortlist made a welcome return to appearing on the Easter Rockpalast show broadcast all over Europe from Germany. Fans were now eagerly awaiting a live recording and in 1999 their patience was rewarded with the release of the double live album IN MY OWN TIME-LIVE. This was the album fans had been longing for, live versions of favourite tracks such as In My Own Time, The Weavers Answer, Son Of Red Moon and Stand Up all sounding fresh and vibrant, Roger Chapman could now only go from strength to strength.

At the turn of the new millennium Roger was soon back in action performing live with the Shortlist of which two shows formed the basis of ROLLIN` AND TUMBLIN`, released in 2001 this was a collection of twelve live tracks recorded both at the Borderline in London and the charmingly named venue Hell in Norway. Renditions of classic cuts such as Kiss My Soul, A Stone Unturned and the all time Family favourite Burlesque all showed that with a career now spanning over thirty years Roger Chapman showed no sign of slowing down, his voice sounding better than ever. In 2007 Roger returned to the studio with old pals and associates such as Steve Simpson, Micky Moody, Bobby Tench and Max Middleton to record ONE MORE TIME FOR PEACE. With Jim Cregan in the producers chair and ten original songs plus an outstanding rendition of Jerusalem on offer, this was a truly outstanding release, an album that would introduce the name of Roger Chapman to a whole new generation of fans yet the same time keeping the old guard happy. In 2009 we had HIDE GO SEEK a superb double CD of twenty-eight tracks. At close on two hours long the album is a vast collection of lost gems, demo`s and alternative versions of tracks already featured on previous releases, some of which are over twenty years old and have never been heard before, yet still sounding as fresh now as they did when first recorded. This is a fine body of work from a truly original singer, songwriter and performer who today is still regarded as an icon of British contemporary rock music.

In 2013 with a work ethic that never diminishes & all thoughts of retirement out of his system, he’s back out on the road doing the thing he loves the best, live gigs. 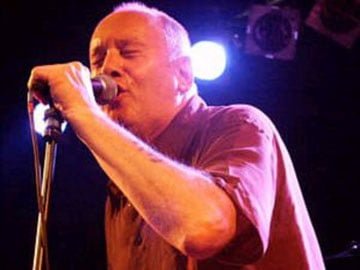