Richard Morris will be headlining our Quay West Cave on Saturday.

Richard and his band are off to a soaring start in 2016 after releasing their debut video for the single “What Is Love” with Vevo. Taken off their debut ep “Await The Sunset” the single was supported by VevoUS and premiered by the world famous Vocalzone who later this year are inviting him into the studio to record an acoustic session of the track. To celebrate the release of the video, Richard and his 6 piece band near filled the 400 capacity Wedgewood Rooms in Portsmouth with support from Just Millie (James Morrison support) & Nottingham based George Holroyd (Amber Run support). The show attracted the likes of BBC South and Richard was invited onto BBC Radio Solent for a second time to talk about the show and play live in the Studio for “The Afternoon Show”. 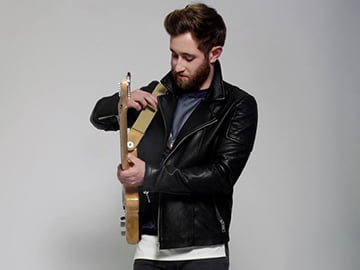