Ray Cooper is an independent singer/ songwriter and multi-instrumentalist currently living in Sweden. His first solo album ‘Tales of Love War and Death by Hanging’ was released in 2010.

His second album, ‘Palace Of Tears’ was released on September 22nd 2014.

Born of a Scottish mother and an English father, Ray Cooper grew up in England and started to play in bands when he was 16. Moving between rock, punk, pop and world music, and working as a singer, bass guitar player and cellist, he finally hooked up with Oysterband in 1988 and began a long exploration into his own roots.  Moving to Sweden in 2000, Cooper continued playing with Oysterband, eventually touring in 27 countries and recording 19 albums. In 2012 they won 3 awards from BBC Radio 2 Folk Awards for best group, best album and best traditional track and were dubbed by fROOTS magazine as one of the 3 ‘Icons Of Folk’. Despite their success, Cooper took the decision to leave the band and go solo in February 2013 and has since been touring Europe extensively.

‘Tales of Love War and Death by Hanging’ has a strongly historical theme and was recorded in a small log cabin in Sweden. The sound is simple but at times evokes a much bigger scale. Citing influences such as T-Bone Burnett, Ennio Morricone, Johnny Cash and June Tabor, Cooper played cello, guitar, harmonium, mandolin, mandola, harmonica and kantele to accompany his songs.

His second album ‘Palace Of Tears’ is more of a singer/songwriter album but retains a distinct nordic flavour with the inclusion of Swedish fiddles and the Finnish kantele which runs like a seam throughout the album. ‘It’s about my experiences of living and working in northern Europe over the last quarter century. I define myself as a northern European now, rather than being Scottish‘. 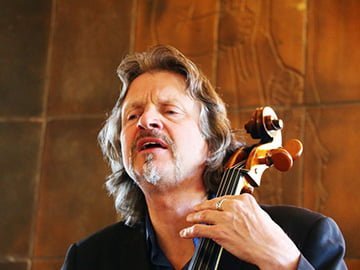