Described as “iridescent brilliance” by Tykes News, Rachel Croft’s voice boasts a “remarkable range that captures your attention and won’t let go”. Her original songs have been captivating audiences across the UK and Europe since 2014, bathed in deep rich tones drawn from her background in jazz, instilling haunting themes from Celtic folk, and the occasional nod to Joni Mitchell in their playful lyricism.

2019 saw performances at Costa Del Folk, Portugal and Moseley Folk Festival, and tours in Germany and the Netherlands. A packed out February Album launch show at the Crescent in her hometown of York celebrated the long awaited release of “Hours Awake”, Croft’s 95% crowdfunded debut original album, which received rave reviews, the single of which “Only Dreams” was played on BBC Radio 6.

Having released a second single “I Said Wait” in August which was featured on BBC Introducing, Croft is now working on a new single entitled “We Are”, a more contemporary twist on her sound, set for release in early 2020.

Likened to artists such as London Grammar, Eva Cassidy, Norah Jones and Laura Marling, Croft’s striking voice and powerful stage presence will not fail to entrance.

In possession of a voice that boasts several unique tones, she dances between gentle, angry and a Grace Slick-like mystique. She is sparing with her vibrato, only bringing it out when it’s most emotionally impactful. No wonder our listeners were enthralled
Fresh On The Net

Dreamy, atmospheric and mystical… a journey back in time as her rich tones evoke a sense of Grace Slick
Mike Ainscoe, louderthanwar.com 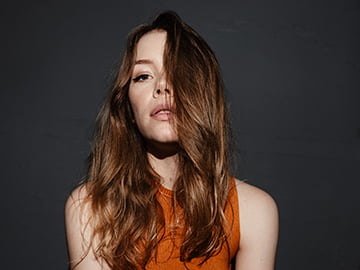