Polly and the Billets Doux

Polly And The Billets Doux are something different. The genre-defiant quartet began life in the middle of a smoky Winchester venue’s backroom in 2006, performing totally unamplified to a full-capacity audience. Their distinctive sound combines elements of  blues, country, folk, soul and gospel to create a sumptuous and totally unique sound with a quintessentially English twist.

Polly And The Billets Doux self-released their debut album ‘Fiction, Half-Truths & Downright Lies’ via independent label Bleak Mouse Records in 2009. They charted at number 17 on the BBC Radio 1 Indie Chart and gained recognition from BBC national radio and regional stations throughout the UK, including Bob Harris and Terry Wogan on BBC Radio 2. In 2014, they released their second full studio album, Money Tree.

The band are known for their flawless and energy-filled live performances and have played to critical acclaim at venues and festivals large and small, including Glastonbury, Loopallu, The Big Chill, Secret Garden Party, Larmer Tree, Wychwood and the Cambridge Folk Festival.

“From hot rocking thrills, to jazzy splendour to country darkness, the musical brief of Polly and the Billets Doux seems to be, if it sounds and feels good, go for it!” – The Daily Mirror 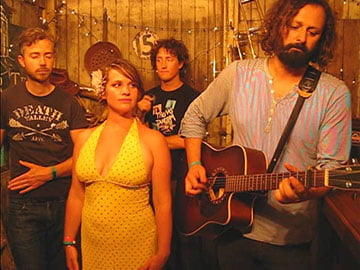 Polly and the Billets Doux appeared in 2016